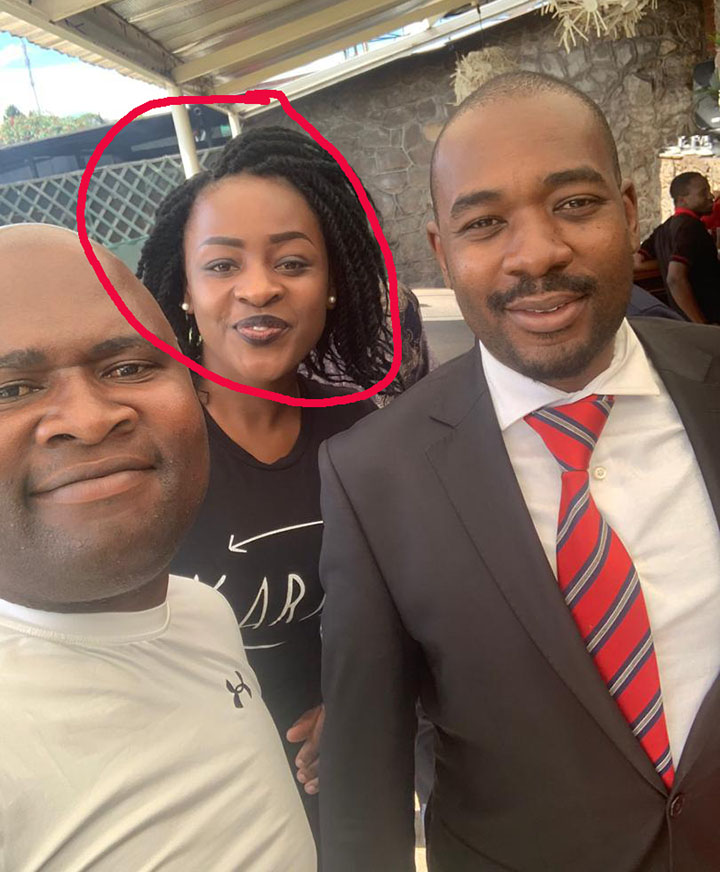 A YOUNG Harare lady identified as one Lorraine Guyo has set social media abuzz after releasing her Ndinyengeiwo (please ask me out) video this which has gone viral.

It remains unclear whether she shot the video was a joke or a genuine appeal for love.

In the video clip which put social media users into a frenzy, Lorraine pleads with men to ask her out Valentine’s Day is fast approaching and she is likely to not receive any gifts because she is single.

“Nhai veduwe ndinyengeiwo; ndiproposeiwo before 14. Vale ndotamba ndisina munhu here, kana 1 arikumbouya apa February wacho atanga (Please ask me out; someone proposition me please before the 14th. February has already started and no one has asked even asked me out on a date,” she begs in the 26-second video clip.

After the video was released, pictures of Lorraine with prominent figures including MDC leader Nelson Chamisa, Genius ‘Ginimbi’ Kadungure, Jah Prayzah and Enzo Ishall have surfaced.

But in an unpleasant twist of a nude video, claimed to be of the lovelorn Lorraine was supposedly leaked by a jilted ex-boyfriend.

There were claims Lorraine was subsequently dismissed from her job at top a Harare hotel; over nude video.

Efforts by NewZimbabwe.com to reach her for a comment were to no avail.