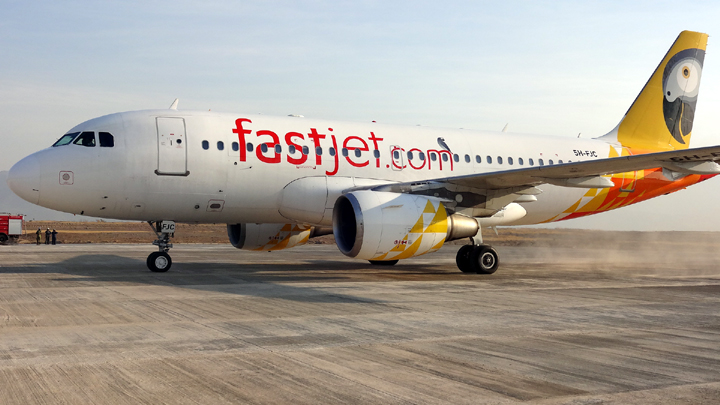 LOW cost airline Fastjet says it has received an air service permit (ASP) from government, the penultimate step before obtaining an air operator certificate which will enable the airline to operate in Zimbabwe.
The start-up carrier is already serving eastern and southern Africa, and has pursued an acquisitive strategy to extend its reach. Last year, it introduced flights on the Dar es Salaam-Harare route.
Its receipt of an ASP means that the Civil Aviation Authority of Zimbabwe and the transport ministry have approved the business plan, aircraft choice and proposed structure of the planned airline as appropriate to operate and compliant with Zimbabwe regulations.
“Fastjet has identified many potential routes within and from Zimbabwe where it believes that the low cost model will stimulate the market and tap into the huge market of passengers currently travelling by bus,” said interim executive chairman and chief executive Ed Winter in a statement on Wednesday.
“For example there are as many as 100 buses a day travelling the 1,100km between Harare and Johannesburg at fares up to $120 – return.”
Fastjet intends to operate in domestic and international destinations.
“We recognized the real potential in Zimbabwe some time ago and as such have been working with the authorities both to build Fastjet Zimbabwe and obtain permission to commence operations to various domestic and international destinations from the country,” said Winter.
“The granting of the ASP demonstrates the ever-increasing reputation that Fastjet has built across the region and marks a significant step forward for our business.”
The airline currently operates in Zambia, Tanzania and Uganda.
Another low cost airline, FlyAfrica, already operates in Zimbabwe.Advertisement