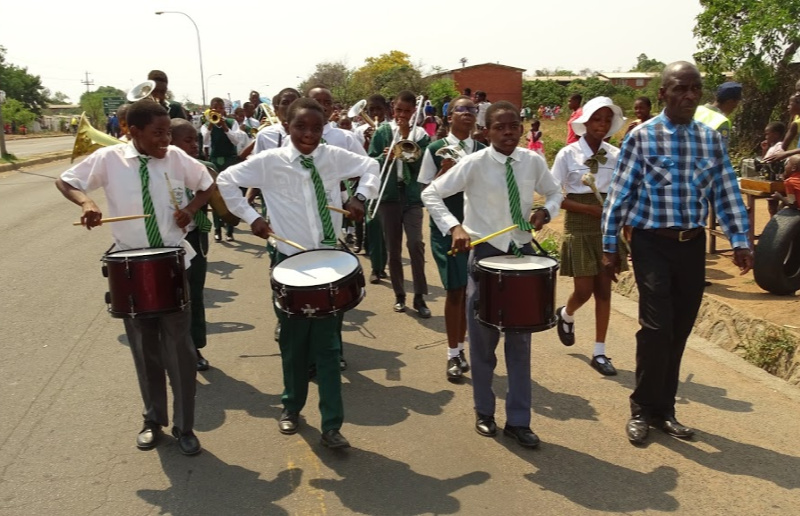 School children dominated the march in Bulawayo
Spread This News

The marchers assembled at Western Commonage traffic lights, Mpopoma Total Garage and Phelandaba/Magwegwe robots before marching to the iconic stadium where the main provincial event was held.

Bulawayo Provincial Affairs Minister, Judith Ncube and Deputy Minister of Industry and Commerce, Raj Modi led the march from Phelandaba/Magwegwe to preside over the low-key event.

The protesters were waving posters and placards urging the removal of the measures targeted at a selected few Zimbabwean politicians by the US and European Union 2001 and 2003 as a diplomatic response to State impunity under the then Robert Mugabe led administration.

A representative of the Zanu PF aligned Bulawayo United Residents Association (BURA), Winos Dube claimed that sanctions came as a result of the “misconception” by the US government that there were rampant human rights abuses in Zimbabwe.

“The USA perceived such initiatives by the government as human rights abuses and as a result enacted what became known as the ZDERA. This gave provisions for the sanctions on Zimbabwe,” claimed Dube.

The BURA chairperson also claimed that sanctions were making it impossible for Zimbabwe to access financial aid from international institutions such as IMF and World Bank.

“The sanctions mean that Zimbabwe has no access to financial aid from prominent financial bodies such as IMF and World Bank. This has retarded the development of the nation as there is no funding for sectors such as health, manufacturing, agriculture, mining and others,” said Dube.

War Veterans chairman for Bulawayo province Cephas Ncube also called for the removal of the measures.

“We did not go to war to have sanctions. We went to war so that people can be free and economically develop themselves. We call upon those who called for the sanctions to tell their bosses to remove them,” said Ncube.