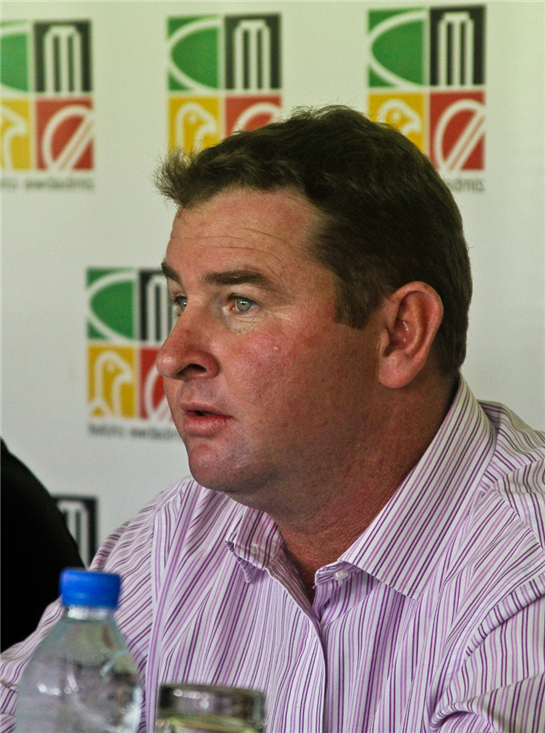 INDIA’S arrival in Zimbabwe brings with it vital competition on the field but also a much-needed boost to the coffers of a host nation that faces a busy final six months of the year.
India will play three one-day internationals, starting on Friday, as well as two Twenty20 matches over the next 10 days.
“India is the biggest tour we have to our country because it brings in the most revenue for us,” Zimbabwe Cricket Managing Director Alistair Campbell told Reuters via telephone from Harare on Thursday.
“It was important for us to start this next period with India because this tour provides us with the resources needed for our other incoming tours overs the next few months.”
The country has seen a massive jump in the number of test-playing nations visiting the country in the last year as concerns over Zimbabwe Cricket’s financial state have dissipated.
Australia and South Africa were involved in a triangular ODI series in August last year, while New Zealand, Pakistan and West Indies all tour in the months after the India series.
“All of those tours are confirmed,” Campbell said. “New Zealand arrive around July 29 and will leave either 10 or 11 August when they go on to play in South Africa.
“Pakistan and West Indies will then be involved in a triangular with us from Aug. 20 to Sept. 6.
“This is a crucial period for us because we obviously want to qualify for the next World Cup in 2019 and to do that we must be in the top eight in the ODI rankings. That is what we are building towards.”
Otherwise Zimbabwe must go through a qualification tournament in Bangladesh in March and April 2018 when the last two places will be decided.
Campbell also said Ireland and Afghanistan are due in the country in September and October.
He added that Zimbabwe’s ability to host tours had also been helped by the new TV revenue-sharing deal put forward to test playing nations by the International Cricket Council.
“We expect to get about 70 percent more revenue out of that,” he said.
“We are trying to improve our structures and if you ask me now is there a positive outlook for Zimbabwe cricket I would say there definitely is.”Advertisement