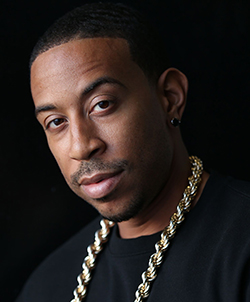 NEW YORK: Ludacris is hoping the new music competition series he’s hosting on YouTube will take an aspiring artist and “catapult them to superstardom.”
The “Vitamin D” rapper is host of “Best.Cover.Ever,” which pairs budding musicians with established stars for a shot at performing a duet on the online giant. The 10-episode series debuts Nov. 20.
The series stars Demi Lovato, Katy Perry, Keith Urban, Jason Derulo, Charlie Puth, the Backstreet Boys, Flo Rida, Nicky Jam, DNCE and Bebe Rexha.
During each roughly 30-minute episode, the music stars pick two artists who best covered one of their songs from hundreds of video submissions and invite them to Los Angeles for a chance to sing with their idol.
“I can just say there are a lot of tears involved,” said Ludacris. “I think some of the best moments are the ones where you don’t realize how hard people have been working and how hard they’ve been struggling to make ends meet to continue on with their dreams.”
The season kicked off this summer with calls for covers by the 10 music acts. Fans were asked to submit their videos of such songs as Lovato’s “Confident,” Perry’s “Firework,” Urban’s “Somewhere in My Car,” DNCE’s “Toothbrush” and Derulo’s “Trumpets.”

It’s an opportunity Ludacris said he would have adored when he was first starting out. “I remember when I was a kid, I always loved LL Cool J. It would have been a dream come true if I could have sung ‘I’m Bad’ or one of his songs with him and get noticed,” he said.
“A lot of these kids are struggling and they’re working so hard to build a fan base. This is not only an opportunity to live out one of their dreams with their favorite artists, but to continue to try to catapult them to superstardom and give them that little boost that they need.”
The online series is the second Ludacris has hosted. He also is the host of the “Fear Factor” revival on MTV, which has been booked for a second season.
“You know what? I’m just crossing a lot of things off of the bucket list,” he said. “There are certain things that I’ve always wanted to do and I just love taking advantage of all aspects of entertainment.”
Advertisement