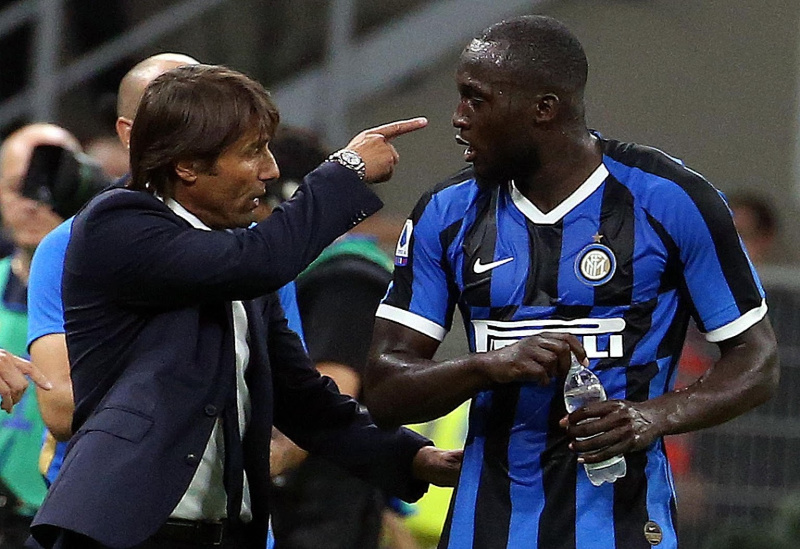 Inter striker Romelu Lukaku has revealed his manager Antonio Conte called him “trash” during a rollicking in the dressing room shortly after he joined the club.

Lukaku has been one of the standout performers for the Serie A title-chasers this season after making on off-season switch from Manchester United in a club-record €80 million deal.

However, the Belgium record-scorers’ questionable form from United carried on in his early days at Inter, to which he’s revealed came at a cost with his fiery coach.

“I remember one of my first Champions League games against Slavia Prague when I played really bad – like I was trash that day – and I really got it from him in front of the whole team,” Lukaku told an interview with Sky Sports. “It had never really happened to me. It had never happened.

“[He was] telling me that I was really trash and that he would take me off after five minutes if I would have done it again.”

Despite the verbal abuse he received from the former Blues boss, Lukaku admits it’s taken his game to new heights.

“We played the Milan derby just after that, and I played one of my best games of the season.

“He just gave me that – he stepped on my confidence but it woke me up at the same time. He does it to everybody, it doesn’t matter who you are. Everybody is equal.”

Lukaku has scored 18 goals in 26 games across all competitions for the Nerazzurri this season.