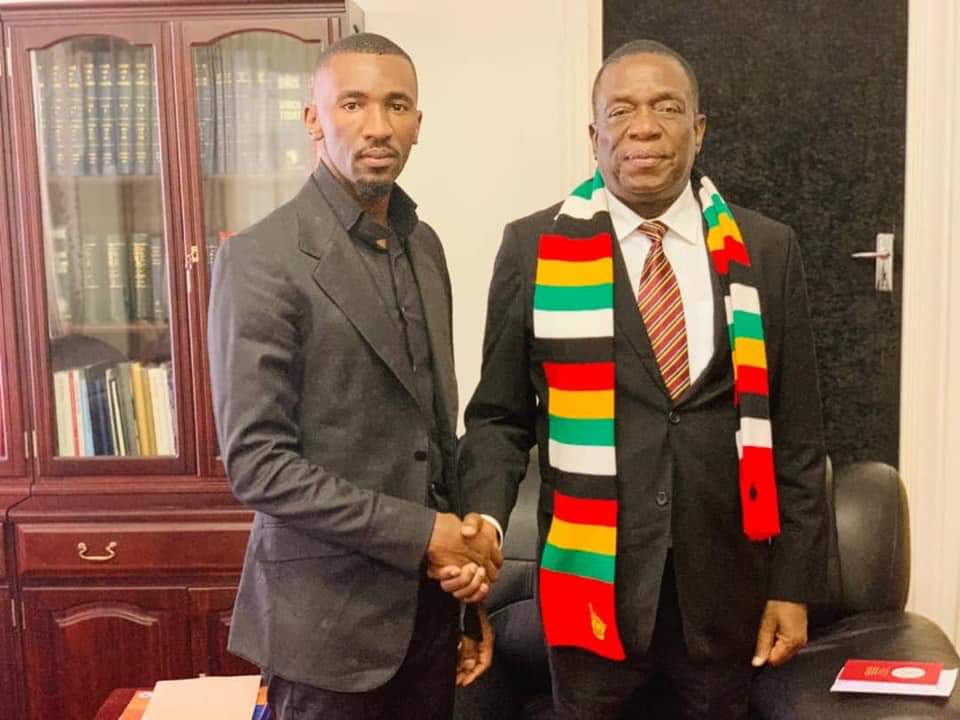 Phew. It was a hectic week in many respects. A good week in my beloved journalism industry—a dream week for any news editor worth their salt as they were spoilt for choice when it came to the spangled banner colours for the day’s headline.

From Emmerson Mnangagwa’s shameful, unfounded and evidence-free allegations of terrorism against the people’s party to the confusion in the cockpit where the general has mounted yet another coup to showcase who is really in charge of the country. Indeed, the script moved from ED’s thespian antics with a false prophet while Chiwenga was taking charge of the country to the comic and treasonous allegations by a President, even one who stole an election, against the party that he fears the most and that he knows shellacked him in the 2018 plebiscite.

This is not to mention the penchant for meaningless meetings. Last week, ED met with Douglas Mwonzora as part of his continued “fruitful” engagements to resolve the country’s crisis with the irrelevant lot in and outside POLAD that also includes the likes of Bryn Mteki. This is the lot that ED is engaging nowadays to deal with the monumental crisis engulfing the country!

Forget the rhetoric of rational disputation. All we have practically is seen between Douglas and Emmerson is irrational non-disputation.

A false prophet and a false President

Amid a serious crisis demanding prudent leadership, the false President was sitting with the false “Twabam” prophet shooting a comic skit in a vain attempt to woo the despondent young voters to vote Zanu-PF. For the record, the youths need jobs and proper opportunities not skits.

The optics of this duo was ironic in many respects. For a President who stole power in 2017 and for whom named ZEC personnel and Chief Justice Luke Malaba had to resort to affirmative action through acts of electoral malfeasance, it was only befitting that Mnangagwa be seen with one of the new leaders of the Affirmative Action Group. Indeed, rigging is a form of affirmative action to the electorally disadvantaged!

The sorriest candidate, especially one who is unelectable, always requires crude forms of affirmative action, including cheap propaganda skits that are be fittingly produced by the AAG.

The cast in the social media video was a twinsome set of a false prophet and a false President. The “falsity” of Mnangagwa’s Presidency was exposed not only in Excelgate, but by His Excellecy Dominic Constantino Nyikadzino Guvheya Chiwenga’s reversal of the purported permission to musicians to start performing live shows, which permission did not last a day.

Barely 24 hours after Mnangagwa said live shows could now proceed, His Excellecy Chiwenga mounted yet another coup and showed the world who really is in charge of the country’s affairs

Having spent the day shooting childish and comic skits with Passion Java, Chiwenga, in his own brazen way, dismissed ED’s live performances pronouncement as mere child’s play. Back in the village, during childhood play games of make-believe, we would simulate a real household. We would all presume to be the fathers of the simulated households (mahunbwe) but would quickly resort to our kindergarten status when irate parents arrived to throw away our toy household goods for the reason that we were soiling the family compound. Similarly, Chiwenga last week crudely stuck up the middle finger and told Mnangagwa he was a village playground father ( baba vekumahumbwe ). Chiwenga simply told the nation to ignore all playground utterances and placed the nation under a fresh lockdown. The real father had arrived.

Move over. the chief pretender at Munhumutapa. We now know the man actually running the affairs in Zimbabwe.

Indeed, Nyikadzino is in charge!

The true passion for terrorism

The last time it was State Insecurity minister Owen Muda Ncube who falsely claimed the MDC Alliance was training terrorists outside the country. This time this treasonous lie has been Presidentialised by none other than Mr Emmerson Mnangagwa himself.

Ideally, the President’s Office is a serious office that must not parrot cheap lies. For a whole President to claim that a party that is represented in Parliament and in local authorities is a terrorist organisation is the hallmark of failure. Such allegations from the highest office in the land should be evidence-based. In fact, a allegations of such high crimes must inevitably be accompanied by arrests because terrorism is a grievous matter in modern-day international relations.

But then, Mnangagwa has seriously cheapened the Presidency, especially now that his minions in the Office of the President and Cabinet allow him to peddle such embarrassing, vodka-tinged lies in full earshot of a bemused world. Indeed, and as I have said in a previous instalment, the Presidency as a venerated office the world over, has hit an all-time low under Mr Emmerson Mnangagwa.

In modern-day State-craft, the man is simply out of his depth.

The irony was lost on him that under his leadership, it is in fact the State that has become a terrorist organisation—-one in the mould of Boko Haram and al-Shabaab. My claim is evidence-based because the Mothlante Commission inquiry set up by Mr Mnangagwa himself held that State security agencies, for which he is Commander-In-Chief, were responsible for the six murders of 1 August 2018. The Zimbabwe Human Rights Commission, an independent commission set up in terms of the Constitution of Zimbabwe equally held that the police and the army were also responsible for the callous murder of 19 innocent Zimbabweans in January 2019.

This is not to mention the political and civic activists as well as lawyers and journalists that have been needlessly arrested and brutalised by the so-called new dispensation. The point is that it is the State under Mnangagwa that has become the source and author of all forms of terror against the innocent citizens of this country. As the Commander-In-Chief of a murderous securocracy, Mnangagwa is the chief terrorist as he is presiding over a blood-soaked piranha regime with a strange affinity for human blood.

Twabam as an ideoohonic expression denotes the sound of gunfire—the echo of the gun as an instrument of terror. That the so-called President would chuckle like a school-boy when the “prophet” dramatically exposed his adoration of this gunfire expression as well as the murderous credentials of his government. .

Indeed, twabam is the sound that must be associated with Mr Mnangagwa’s terrorist credentials as a Commander-in-Chief whose security agencies have been incriminated by two reputable bodies _viz_the Mothlante Commission and the Zimbabwe Human Rights Commission

I have quoted a West African proverb in a previous oiece—the one that says A man does not chase rats when his house is burning . A whole President, even one that stole an election, cannot ” twabamise ” their Presidential vocation when civil servantts are suffering and when our health and education are in the precipice. And shooting social media skits with false prophets while there is a huge crisis that needs a resolution out there is akin to a man who chases rodents while their burning house has become a huge ball of fire.!

Luke Tamborinyoka is the Deputy Secretary for Presidential Affairs in the MDC Alliance led by the people’s President Advocate Nelson Chamisa . You can interact with him on his Facebook page or on the _twitter_ handle @ luke_tambo .