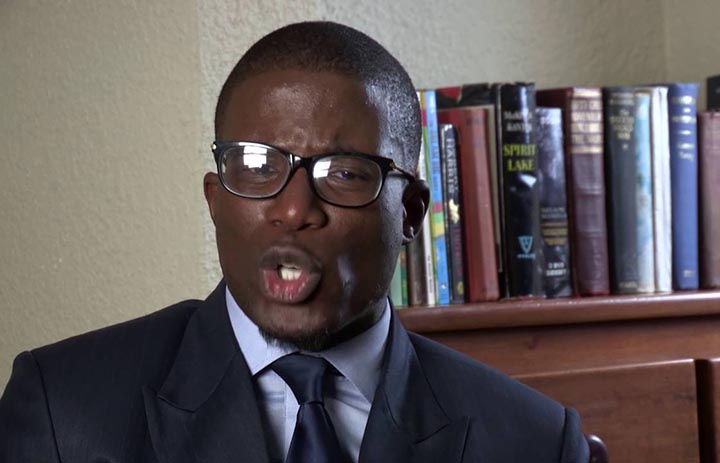 CONTROVERSIAL Zanu PF youth empowerment activist Acie Lumumba on Thursday dared legislator Temba Mliswa to bring one of his “many” wives or daughters so he could prove he was not gay as alleged by the quarrelsome MP.

Lumumba was co-panellist during a policy dialogue forum at Sapes Trust on Thursday.

The meeting was organised by the Young People’s Dialogue which had asked panellists to make presentations on the topic “youths and the generational question”.

Asked during question time to comment on social media claims by the Norton legislator he was a “gay gangster”, Lumumba went vulgar, telling his former Zanu PF ally the best way he could prove him wrong was to have sex with his wife or daughter.

“Temba must have a register of gay people in Zimbabwe,” Lumumba said.

“You must have a register to be able to go to someone and say ‘you are gay and not gay’ because he seems to always know the people who he believes are gay.

“So, I don’t know where he gets this register from, but there is a very simple way (to prove). Temba has many wives and many daughters; Temba, bring one of either wife or daughter uone nyaka-nyaka (you will see havoc). I will create relatives for you. Then you see that I am a gangster for sure.”

Earlier during the day, Mliswa had chosen his favourite phrase “gay gangster” to refer to Lumumba in one of his may tweets.

Mliswa in his rants against rivals, has also referred to former cabinet ministers Jonathan Moyo and Saviour Kasukuwere as gay gangsters.

However, Lumumba said MP was bad-mouthing rivals out of frustration he was thrown out of Zanu PF and never offered an opportunity to return.

“Temba is crazy. He is just a little emotional at the moment because Zanu PF threw him out and he has never really found his way since then,” Lumumba said.

I have a house, I have money

Lumumba was also thrown out of Zanu PF when he had a public fall-out with one-time ally Patrick Zhuwao, later appearing on social media accusing former President Robert Mugabe’s nephew of corruption.

Lumumba went on to form his Viva Zimbabwe political party which he later abandoned.

The businessman was quick to retrace his steps back to the ruling party when Mugabe was dislodged as President during a popular coup by the army November last year.

In his comments Thursday, Lumumba was unequivocal about his decision to go back to the ruling party which he said gave him a livelihood and was the source of his plush lifestyle.

In explaining himself, he chose to mock some of his MDC co-panelists he described as starving.

“Ask them how impossible it is for them to survive in MDC; and then you want me to leave where I am comfortable!

“I have a car, I have a house, I have money and then you want me to leave and then go and join this (opposition). It cannot happen.

“These people are poor I am telling you. That’s why I abandoned it. Starvation is bad,” he said with a chuckle.

The Zanu PF loyalist said he was not too drunk with Zanu PF politics and would not shut his ears to alternative voices but vowed he would do that while ensconced within his party.

Lumumba said the only time he could find himself in agreement with the rest of the youths was when they had chosen to be Zanu PF.