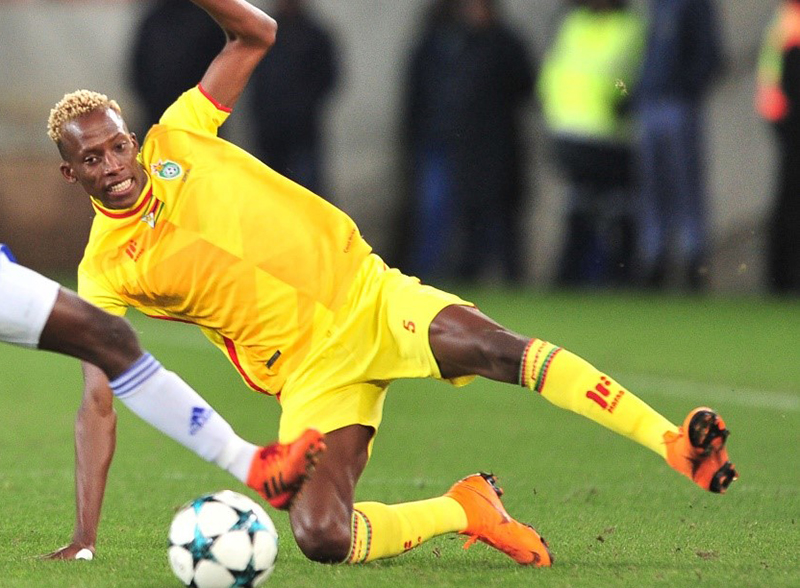 Lunga, who caught Arrows coach Clinton Larsen’s eye during the Warriors’ COSAFA Cup triumph this year, has impressed since his July signing from Chicken Inn, especially in recent games with Mamelodi Sundowns and Chippa United.

“Now I have to play. I want to do more and I’m trying to get to know the guys. I’m trying to do my best. The problem is that the points are not coming, that is the thing.

“My fellow compatriots have helped me a lot because I’m trying to adapt to the boys now and it is because of them.

“I’m trying to get my name to be recognised in this league. So far I’m enjoying it a lot playing in the PSL, it’s a better league than the Zim league and this is a big league.

“Now what I need to improve is my delivery in my final touch. I’m working on it at training. I know it’ll get better because the coach is helping me every day.”

Meanwhile, Lunga is confident Arrows will soon record their first home win of the season after four failed attempts so far. Abafana Bes’thende are also on a seven-match winless run, having last tasted victory with a 2-0 scoreline against Maritzburg United on the opening day of the campaign.

“We’ll get the win at home, it is just a matter of time,” says Lunga, who has played every match in 2018/19 for the Durban-based outfit.

“We’ll get the points out of the games. The boys are fighting, we are giving our all and we’ll try to do our best.”

Zolani Nkombelo faces a stern task in regaining his place in the side from Lunga when he recovers from a foot injury he sustained in pre-season.