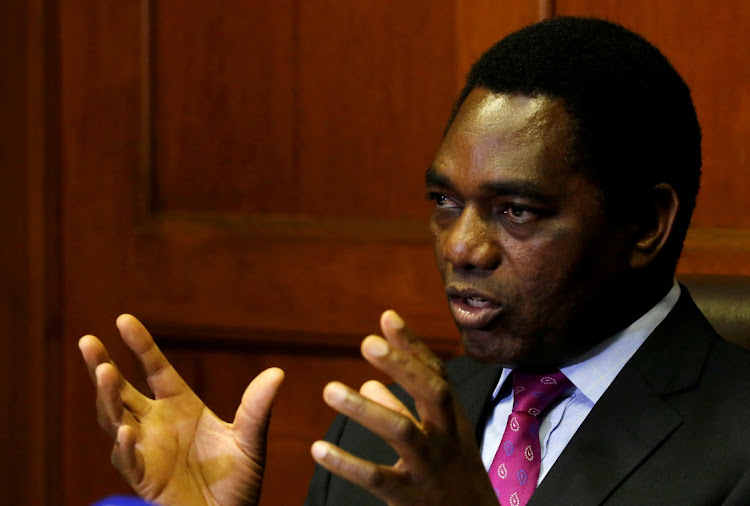 ZAMBIA’s Lusaka mayor Chilando Chitangala has declared war on more than 3 000 foreigners, mostly Zimbabweans trading in the capital city’s central business district while riding on fake Zambian names to cover up their illegal stay in the neighbouring country.

In a recent interview with a local radio station, Chitangala said the Lusaka council in collaboration with the Immigration department would soon descend on the foreigners to restore sanity in the city.

Her remarks came as nearly 200 000 Zimbabweans are also under the cosh in South Africa, where their stay on special exemption permits is on the line, with just under 12 months left to regularise their stay or face deportation.

Other targeted foreigners in Zambia are from the Democratic Republic of Congo, Rwanda and Tanzania.

“They sell various goods such as second-hand clothes, biscuits, alcohol, plaiting hair among others,” Chitangala is quoted as having said, adding that illegal markets had sprouted in Lusaka due to unlicensed traders.

In an exclusive interview with yesterday, Chitangala said it was her duty as the custodian of the City of Lusaka to restore order in that country’s capital.

“We have a big problem of street vending in the central business district and are trying to organise them. However, we are receiving resistance, which we find unfortunate. From our 2018 to 2019 counting, we found that we not only have Zambian street vendors, but a good number of our friends from neighbouring countries too are coming here and trading on the streets,” she said.

“That includes Zimbabwe, Malawi, Tanzania, Rwanda and Congolese. It’s not only Zimbabwe. We are trying to organise our vendors by trying to move them back to their market stalls, and also provide new trading spaces.”

But Zambia’s ruling United Party for National Development spokesperson Joseph Kalimbwe warned Chitangala against “issuing statements which have the potential to cause xenophobic attacks on African nationals in the city”.

“The Mayor of Lusaka must not be issuing statements which have the potential to cause xenophobic attacks on African nationals in the city. Why blame fellow Africans ? There are Chinese & Indian nationals who trade in Lusaka but no one speaks or threatens deportation on them !!!” Kalimbwe said.

Analysts have blamed the mass exodus of Zimbabweans to other countries all over the region and overseas on leadership, governance and policy failures at home which have badly destroyed the economy.

Zimbabwe Congress of Trade Unions secretary-general Japhet Moyo said relocation of Zimbabwean traders to other countries was caused by the bad state of affairs in the country.

“What is needed is to stabilise things here so that it becomes attractive to do trading inside the country. If Sadc protocols allow for the movement of goods and people in the region, then Zimbabweans across the border should be allowed to stay and do business.”

Economist Gift Mugano said: “The ills of bad governance have forced people to migrate and its coming back to bite us. The challenge we have in this country is political, economic and social decay.”

Another economist Christopher Mugaga added: “The economic situation in Zimbabwe has forced people to migrate to other neighbouring countries posing threats because it’s a political issue.  The problem we have is that Zimbabweans are jumping the border without proper documentation and that should be a worrying issue, not only to the government but their families as well.”