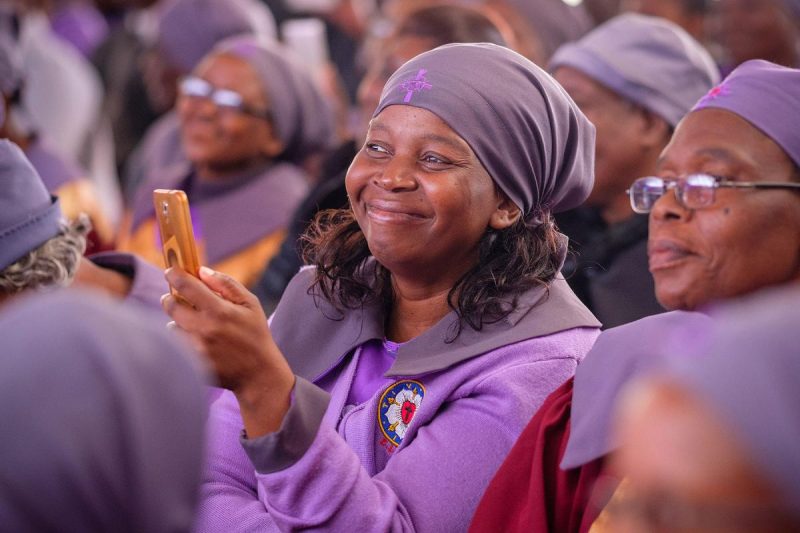 “We came here, following our prayers for the churches and people of Zimbabwe, during a time of drought and difficulty, to be with the LWF member church, our partners, and the people,” said LWF General Secretary Rev. Dr Martin Junge at the beginning of his solidarity visit to Zimbabwe.

The visit began in Bulawayo, where the Evangelical Lutheran Church in Zimbabwe (ELCZ) has its headquarters.
“We listened to the church, to the leaders, to the congregation. There is so much suffering. We could hear about the drought that is having devastating effects,” said the General Secretary.

“People don’t have enough to eat – there is hunger. We have also heard stories of conflict and division – of people not working together in Zimbabwe.”

Zimbabwe has been suffering from drought in previous years, which has affected food production, putting corn and grain crops at risk, and destroying cattle and livestock. Close to 8 million of its inhabitants in urban and rural areas are food insecure. This has exacerbated the ongoing economic crisis affecting the country, which disproportionally affects those already vulnerable, especially women and children. There is tension over resources, which further polarizes the people of the country.

“At the same time, participating at worship, I was inspired to see the church coming together, committed to peace, to dialogue, to working together,” the LWF General Secretary said. “I felt so encouraged to see the strong ecumenical presence and this fellowship among churches, as a sign for the people in Zimbabwe, that in Christ we have the gift of unity, the gift of reconciliation, which we are ready to share, wherever we are.”

I felt so encouraged to see the strong ecumenical presence and this fellowship among churches, as a sign for the people in Zimbabwe, that in Christ we have the gift of unity, the gift of reconciliation, which we are ready to share, wherever we are.”

During the visit he met with representatives of the ELCZ, the Lutheran Development Services, the Zimbabwe Council of Churches, the Ecumenical Church Leaders Forum, local communities and national authorities. Grounded in faith, if offers strong witness of God’s work of reconciliation in Christ, ELCZ is bringing people together for dialogue and speaking up for peace. ELCZ is also working on development in marginalized communities and calling for gender justice and inclusion.

The Evangelical Lutheran Church in Zimbabwe joined the LWF in 1963 and has close to 300,000 members. It is part of the Lutheran Communion in Southern Africa (LUCSA) and has its headquarters in Bulawayo, the second largest city in the country situated 440 km southwest of the capital Harare.