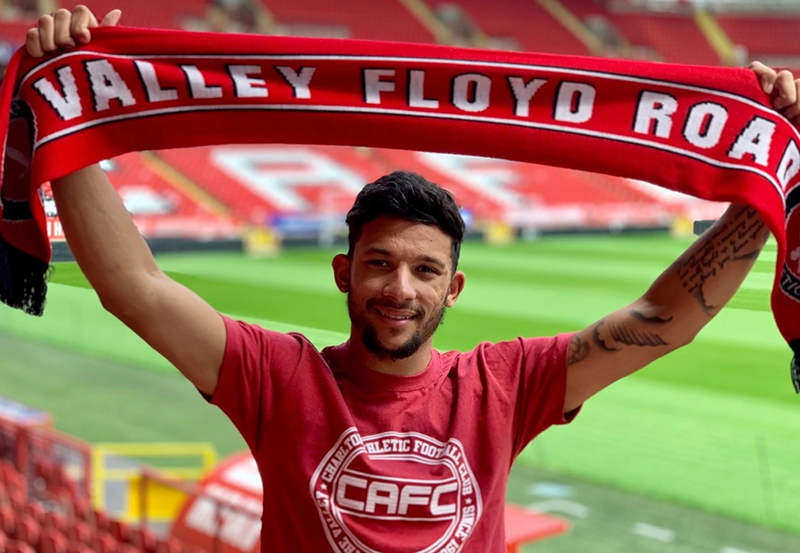 The Zimbabwe international has signed a deal with the Addicks until the end of the season, which sees him begin a second spell with the club he left in October 2020 to join QPR.

Bonne’s career with the Hoops came to an end at the beginning of the year when his contract was terminated by mutual consent, meaning he rejoins the Addicks as a free agent.

“This club changed my life,” he said, after completing the move. “I came from playing non-League to the Championship and they took a hit on me when no one else would. I have a lot of respect for the club.

“None of what I said in the past was ever meant to disrespect the club whatsoever. I am back here now to pick up from where I left off – scoring goals, making people and myself happy in football and that is very important.”

Charlton boss Dean Holden said: “I’ve spoken to Macauley in depth. Those couple of years he’s been away he’s not enjoyed it like he enjoyed it here. He absolutely loved playing for this football club.

“He chases everything down, he’s a goalscorer, he’s got Championship experience and he scored goals at this level last season with Ipswich. He’s really hungry to pull that shirt on and do well for this football club and that for me tells me everything I need to know.”

Bonne, who still lives in Ipswich, spent the 2021/22 season at Portman Road, scoring 12 goals during a campaign of two halves.

He captured the imagination of supporters during the first few months of his loan, during which he scored 11 goals, but only netted once in his final 30 matches.