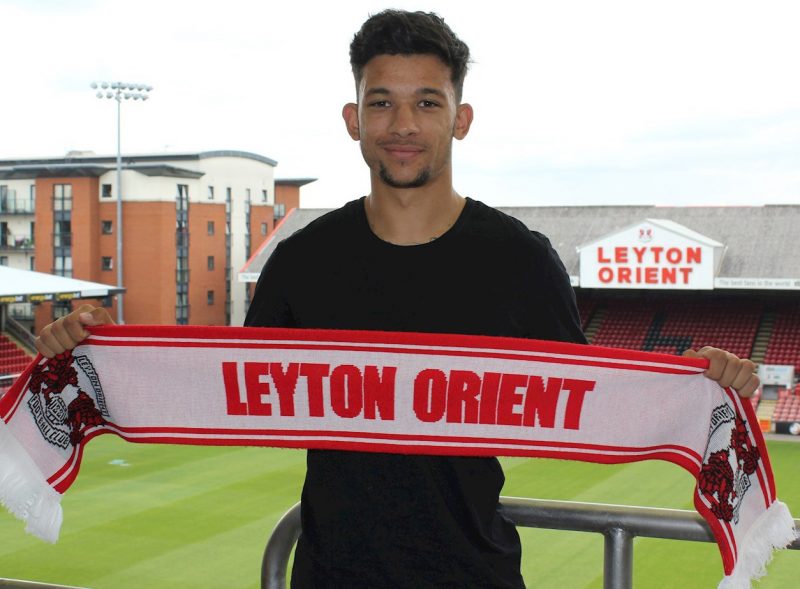 It’s a measure of the massive progress Zimbabwe prospect Macauley Bonne has made over the last year that Leyton Orient had to fend off a host of determined suitors during the close season to retain the striker’s services.

In July last year, Bonne’s development seemed to be stagnating, if not altogether regressing, as he adjusted his ambitions after finding the going tough at Colchester United, now in League Two.

A move down the ladder to Orient in the National League has since proven to be a masterstroke for both club and player, however, with the O’s now fancying their chances of promotion while Bonne has seized his opportunities and thrust himself into the limelight.

Bonne has so far scored 13 league goals in 18 matches to power Orient to third in the standings with 37 points, just one behind log leaders Salford City.

His total of 35 goals in 61 league appearances for Orient is clear evidence now of the emergence of an exciting attacking talent, and back in the land of his parents’ birth, Zimbabwean watchers are equally thrilled at the prospect of another worthy addition to an increasingly impressive forward line.

Bonne already has one cap for Zimbabwe after featuring in a friendly international against Tunisia back in 2015, but he is yet to feature in the ongoing Africa Cup of Nations qualifiers as the team management continues to battle to secure him a Zimbabwean passport.

Zimbabwe have already enlisted the services of Nottingham Forest right-back Tendai Darikwa as well as Wales-based Alec Mudimu as they begin to tap into the diaspora talent, and Bonne is next in line.

True enough, fine displays in the non-league do not necessarily translate into a successful international career, but Bonne’s prolific form suggests that he’ll eventually find a spot for himself much higher up the league pyramid.

For a nation like Zimbabwe, which has long struggled to lay its hands on top talent, the news cannot get any better.

For his part, Orient coach Justin Edinburgh could barely conceal his relief after the club managed keep hold of Bonne despite concrete interest from bigger teams during the close season.

“I can’t underestimate the offers the board of directors at Leyton Orient turned down, and Macauley deserves a lot of credit too,” Justin said in August in remarks carried in the East London Observer.

“Macauley’s head could easily have been turned, but he showed maturity and an incredible attitude.”

After netting 25 goals and five assists in all competitions last term, there was reported interest in Bonne’s services from Scottish top-flight side Dundee, along with League One sides Portsmouth, Shrewsbury and Burton Albion.

Orient were understandably reluctant to sell, and Bonne’s decision not to force his way out might well have been the wisest thing to do given his experiences at Colchester United, where he never really established a foothold in the team after breaking onto the scene as an 18-year-old in 2013.

Only 18 of his 59 appearances across three seasons In League One with Colchester were starts, with a return of six goal in those matches telling its own story.

While Colchester eventually gave up on Bonne, Orient are reaping the rewards after deciding to take him on board.

The Warriors, too, can look to benefit as they stand on the brink of a second consecutive qualification for the Africa Cup of Nations finals.

Zimbabwe top Group G with eight points, three more than second-placed Democratic Republic of Congo by their campaign has often been hampered by injuries to key players, with central strikers the hardest hit.

Even with everyone fit, Bonne is still potentially a valuable option alongside France-based Tino Kadewere, Evans Rusike and old warhorse Nyasha Mushekwi.

For now though, Bonne remains ineligible to play for Zimbabwe in competitive encounters and Edinburgh, the Orient coach, is a happy man.

“I’m pleased, really pleased,” the 48-year-old told the East London Observerwhen Bonne was not called up for Zimbabwe’s clash against Congo-Brazzaville back in September.

“Surprised? I’m not going to comment on that as I’m just interested in Leyton Orient and the best scenario for us is that he didn’t get picked,” he concluded. “From a selfish point of view I’m well pleased.”