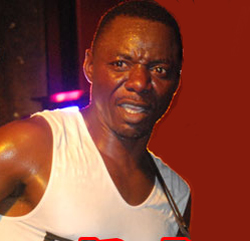 Sungura maestro Alick Macheso’s song Shedia at one time interfered with an Australian channel used by pilots to communicate with the control tower as they descend for landing
This came out during the launch of the National Frequency Allocation Plan in the eastern border town recently.
The meeting was convened by Postal and Telecommunications Regulatory Authority of Zimbabwe (POTRAZ) to launch the national blueprint on Zimbabwe National Frequency Allocation Plan (ZNFAP).
POTRAZ Director General, Gift Machengete said in the absence of adequate planning and management, radio signals from different users and services would interact destructively, thereby, diminishing the invaluable capacity of the resource to carry information.
“In 2008 or there about we had a seemingly funny but potentially dangerous situation that came about when ZBC brought on air their Shortwave station in Gweru.
“The station had been out of service for a long time and some of the components for the transmitters had deteriorated out of design and functionality specifications.
“Those were the days when Macheso had just released a hit namely Shedia Amwene havarohwe. Within a few weeks of bringing the station into service POTRAZ got a notice from International Telecommunications Unions advising that a station in Zimbabwe was breaking into safety of a channel in Australia.
“The Australian channel was in the aeronautical band and was used by pilots to communicate with Control towers, as they descend for landing,” said Machengete.
He said the audio clip that the Australians sent to ITU, which was later forwarded to POTRAZ, had the hit song Shedia.
“To the amusement of all the parties the music was loud and clear in as much as it was vibrant and entertaining too-but of course the timing and placement were awfully wrong. It was happening at a critical stage of the flight when the pilot is focused on landing the aircraft,” said Machengete.
He said the matter was later resolved, adding that the Zimbabwean-Australian case is one among many examples of why radio spectrums is of necessity, governed by international treaties, notably, the constitution and Convention of the International Telecommunication Union(ITU) as well as the associated International Radio Regulations.Advertisement