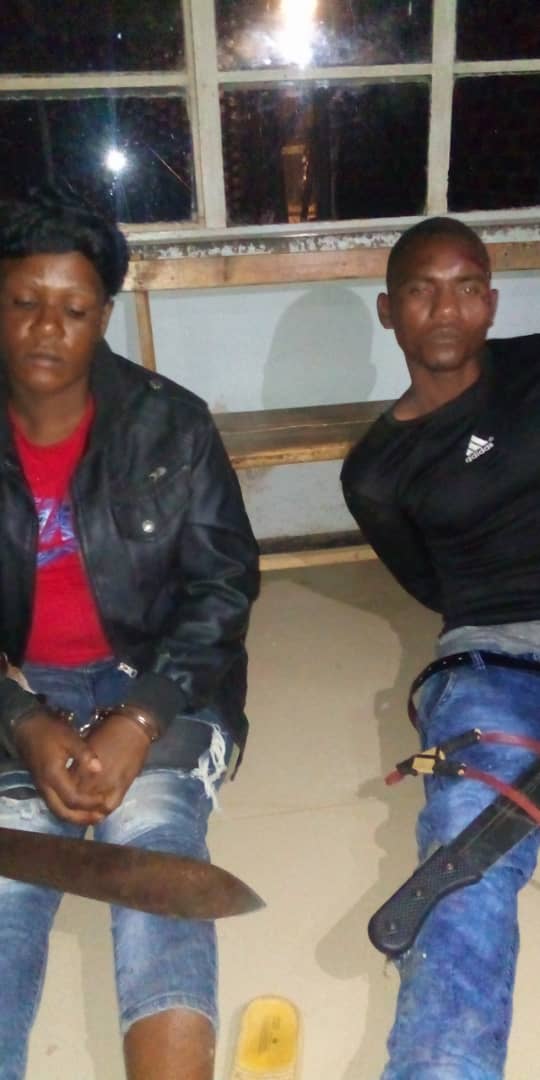 TWO suspects, a male and a female, have been arrested following a spate of machete attacks and robberies perpetrated on several Chinhoyi residents in recent weeks.

The accused persons, Tendai Karoterote (25), and Juliana Machokoto (32) were Wednesday denied bail when they appeared before Chinhoyi magistrate, Batsirai Madzingira, charged with assault and robbery.

The state case, led by Clever Nyapfani, is that on June 2, 2022, the suspects, and two accomplices, who are at large, armed themselves with machetes and proceeded to Machamire Bar in Mzari Suburb, Chinhoyi.

While at the bar, the assailants attacked the complainant with fists and open hands, while one of them brandished a machete, threatening to strike.

They stole US$60 from the complainant, before fleeing the scene.

The court heard police investigations led to the pair’s hideout in Mzari Suburb, where nine cellphones and two machetes were recovered.

The duo failed to give satisfactory accounts of how they got the property.

He further averred the two were nomadic artisanal gold panners and, therefore, a flight risk.

There was also the likelihood of them interfering with evidence and victimising witnesses and complainant, since they live in the same neighbourhood, Mahesvu told the court.