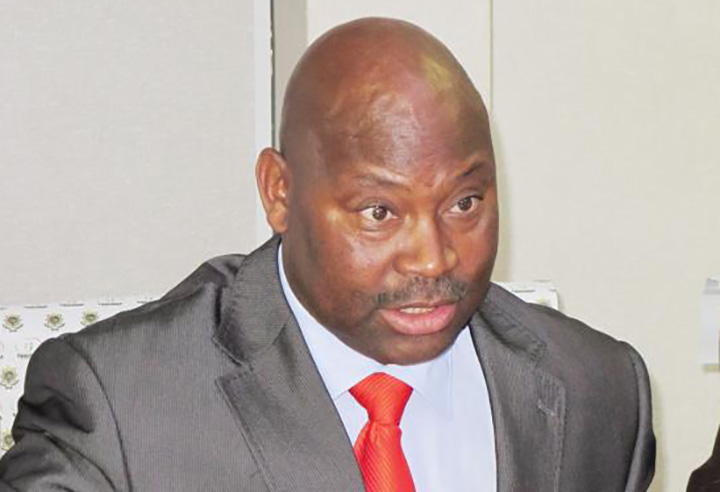 On the ropes: Highlanders coach Madinda Ndlovu could be on his way out
Spread This News

UGLY scenes marred the Bulawayo derby between struggling Highlanders and Chicken Inn at Barbourfields leading to a 20-minute stoppage eight minutes before half time due to crowd trouble.

But it did not stop the Gamecocks from moving to the top of the log after a convincing 3-0 victory.

There was also trouble after the match as Highlanders coach Madinda Ndlovu was forced to lock himself inside the team’s dressing room with fans baying for his blood.

Sources at the club also revealed that Ndlovu could have quit the club Friday night although there was no confirmation from the club.

Addressing a post-match press briefing after a lengthy delay, Ndlovu cast further doubt over his future at the country’s oldest club.

Khathazile, as he was affectionately known during his playing days, said he was unsure if he would change the club’s fortunes in the upcoming games as it had become increasingly difficult for him to motivate his players.

“Highlanders players should soldier on and fight on whether I am still the coach or not. We have gone seven games without a win and if you don’t win you get worried (about job security),” Ndlovu said.

“The situation is not normal at Highlanders. I have a contract so I will fight on and I have to bring results. If it’s my fault (that the team is winless) then I should march like any other coach.”

Bosso, who are yet to register a win this season fell behind in the 27th minute after a well taken free-kick by midfielder Brett Amidu gave Chicken Inn the lead to silence the home crowd.

Chicken Inn striker, Clive Augusto doubled the lead 10 minutes later after outpacing his markers to score, resulting in a stoppage as angry fans invaded the pitch in protest against the goal which they claimed had been scored from an offside position.

The fans only returned to the stands after the intervention of the police although the match officials were manhandled by some of the rowdy fans during the clashes.

The match however resumed after a lengthy stoppage before Chicken Inn further stretched their lead five minutes later through another goal by Amidu as Bosso went to the break trailing 3-0.

After a frantic first half, the second period was rather uneventful with Chicken Inn seemingly content with their three goal lead as they slowed down the tempo of the match.

Highlanders on the other hand, failed to create any meaningful chances until three minutes from time when striker Prince Dube hit the post before Peter Nyirenda’s rebound was adjudged to have come from an offside position.

The match ended with Chicken Inn claiming all the bragging rights in this Bulawayo derby, in the process moving to the top of the table with 15 points while winless Bosso dropped to second from bottom on the log with a paltry four points from seven matches.

In another Premier Soccer League match played at Nyamhunga Stadium, 10-men ZPC Kariba returned to winning ways after grinding out a crucial 1-0 win over Ngezi Platinum.

Former Dynamos striker Simbarashe Gorogodyo scored the only goal of the match in the 80th minute to seal an important win for ZPC Kariba who have been reduced to 10 men in the 50th minute after Munyaradzi Kunyarimwe was red-carded for slapping Nelson Katela.

At Rufaro Stadium, Wilfred Muvirimi saw his penalty saved as Harare City wasted an opportunity to collect all three points after being held to a goalless draw by bottom placed Bulawayo Chiefs, who in the process collected their first point of the season.

In the other PSL match played at the National Sports Stadium, Evans Katema netted a first-half brace as newly promoted Mushowani Stars registered their first win of the season after a 2-0 win over army side Black Rhinos.