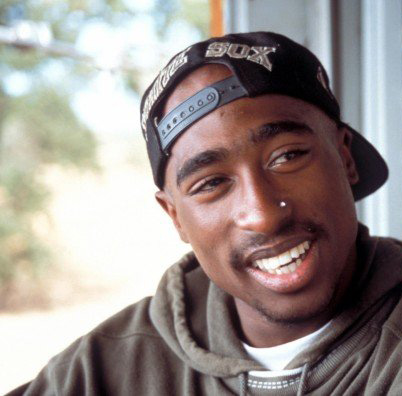 MADONNA has opened up about her relationship with rapper Tupac Shakur, after two decades of speculation.
The Living For Love singer had been rumoured to be seeing the California Love rapper in 1994, but has never spoken publicly about it. He died after being shot in September 1996, aged 25.
She made the revelation in an off-hand comment, as she spoke to shock jock Howard Stern on his radio show about her foul-mouthed appearance on The David Letterman Show in 1994.
Madonna explained: “I was mad at [David Letterman] when I said the F-word a lot. I was in a weird mood that day.
“I was dating Tupac Shakur at the time and the thing is he got me all riled up about life in general. So when I went on the show I was feeling very gangsta,” she added.
The 56-year-old singer and the rapper were thought to have a special bond.
He referred to Madonna as “real nice” and someone who “helped me a lot”, while she attended a preview of short-lived Broadway musical Holler If Ya Hear Me in 2014.
Madonna, who is set to top the UK charts this week with her album Rebel Heart, also spoke about her other famous exes.
She admitted she would “feel insecure sometimes” whenever her ex-husband, filmmaker Guy Ritchie, directed a beautiful actress. The couple were married from 2000 to 2008.
“I think I threw a tantrum once,” she revealed.
Madonna also said she “wished” she had gotten together with her Evita co-star Antonio Banderas – if he wasn’t with Melanie Griffith at the time.Advertisement