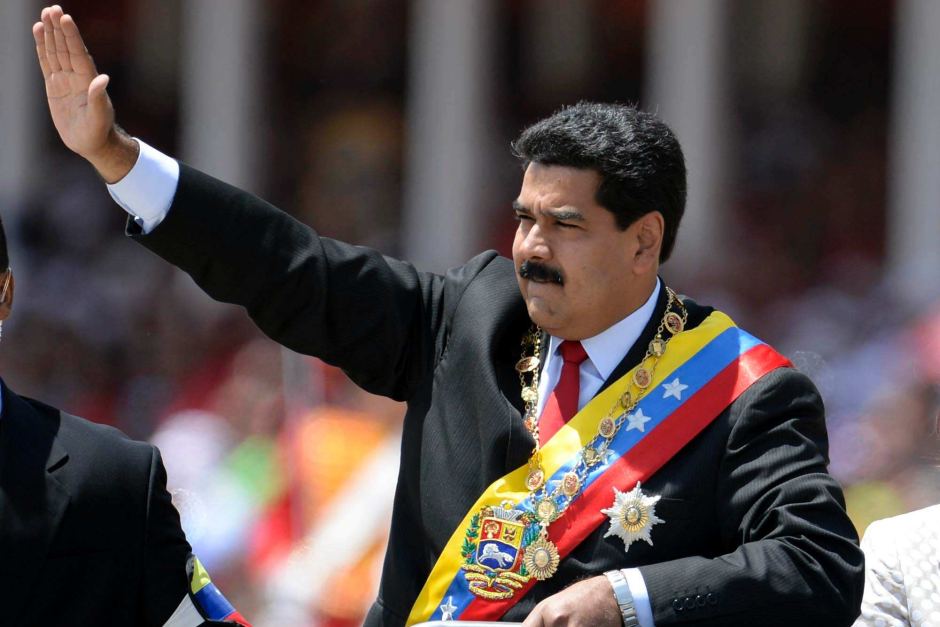 Venezuelan President Nicolas Maduro on Wednesday gave US diplomats 72 hours to leave the country in response to the head of the National Assembly declaring himself acting president amid massive anti-government protests.

Hours after President Donald Trump officially recognized opposition leader Juan Guaido as the country’s legitimate president, a defiant Maduro appeared before supporters to accuse the United States of backing an attempted coup.
Maduro announced that he was cutting remaining political and diplomatic ties with Washington.

“We cannot accept the invasive policies of the empire, the United States, the policies of Donald Trump,” he said to cheers from the crowd. “Venezuela is a land of liberators.”

“We will not surrender,” Maduro added.

The announcement came as thousands of Guaido backers took to the streets in a revitalized effort against Maduro, whose military response to the widespread demonstrations seemed more measured than in the past.
Trump vowed in a statement to use “the full weight of United States economic and diplomatic power to press for the restoration of Venezuelan democracy.”

US Secretary of State Mike Pompeo reiterated the United States would support Guaido as he carries his duties as president and decides the status of the country’s diplomats in Venezuela.

Maduro does not have “the legal authority to break diplomatic relations with the United States or to declare our diplomats persona non grata,” Pompeo said Wednesday evening in a statement.
A senior Trump administration official dismissed as “meaningless” Maduro’s order that diplomats leave the country within days.

The US Embassy in Caracas issued a security alert indicating that US diplomats and their families will be restricted to travel only within a few neighborhoods in Caracas and school-age children will be staying at home.
The embassy will remain open during regular business hours but all visa appointments for Thursday have been canceled, the alert said.