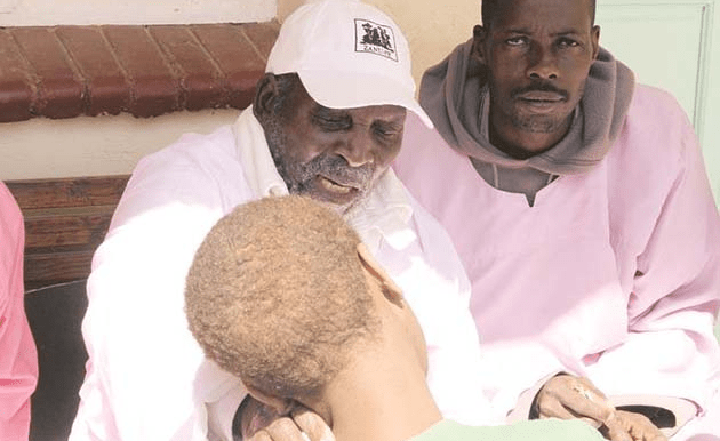 The late Madzibaba Wimbo (in white cap)
Spread This News

Details of his death were still unclear but a nephew to the late shrine leader told NewZimbabwe.com that his uncle died of old age.

In recent years, Wimbo has been known to experiencing high blood pressure and other ailments.

He had also been confined to his home in Gora in Bindura district, Mashonaland Central province.

The controversial church leader torched a storm when he at one time purportedly predicted then President Robert Mugabe’s successor.