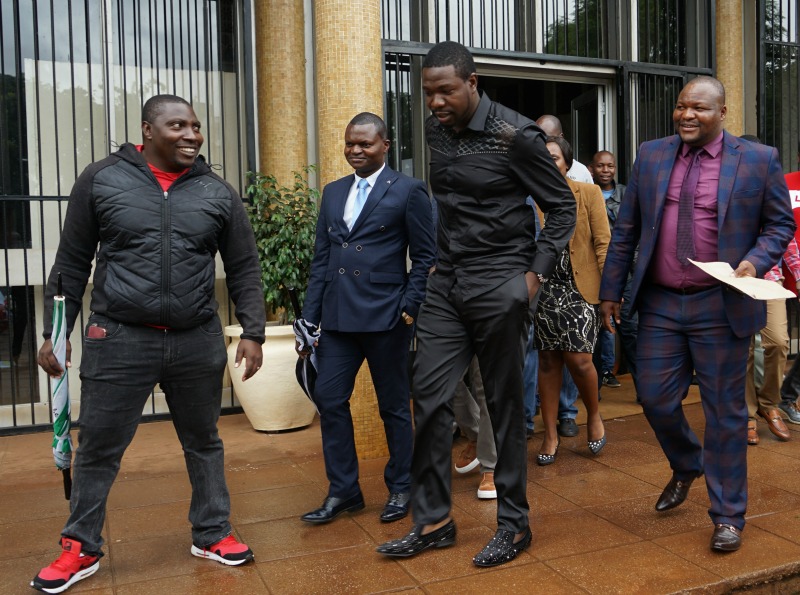 Walter Magaya. His church is on trial for tax evasion
Spread This News

PROPHETIC Healing and Deliverance (PHD) led by televangelist and self-proclaimed prophet Walter Magaya has denied charges of tax evasion instead arguing the state is on a sinister mission to soil its image.

The church’s lawyers argue it is a non-profit making organisation hence there is no way it could evade tax.

PHD is in trouble with authorities for allegedly prejudicing government of RTGS$28 million in potential revenue through tax evasion after selling anointing oil.

But the church’s director, Nelson Tawanda Marimo pleaded not guilty to all the four counts the church is facing arguing it was not possible to deduct tax from congregants’ tithe, offerings and donations.

“The accused person only received donations, tithes, offerings and contributions from its members,” said the lawyer.

“The accused as a church did not carry on any trade through any company or other statutory corporation. The state is therefore put to strict proof thereof,” Rubaya said.

Alternatively, the church’s representative is accused of breaching the Income Tax Act, failure to keep proper records, declare records and failure to uphold the Employees Act.

Marimo through Rubaya insisted that no offense was committed by the church.

“The accused asserts that these are completely malicious allegations designed to embarrass it.

“The accused is a victim of dragnet approach being perpetrated by the state for reasons meant to destroy the church yet there is no offense at all committed by the accused in the manner alleged. Accused tax affairs are compliant with the law,” he said.

It is state’s case that between 2013 and 2017 the church paid remuneration amounting to US$950 522.99 to Magaya’s wife, Tendai through bank transfer into her personal Stanbic Bank account.

PHD also allegedly transferred remuneration of US $2 403 658 to Walter Magaya’s Stanbic bank account and on both occasions, PHD evaded tax by not paying PAYE (pay as you earn).

But Marimo denied the allegations: “These amounts were for loans repayments only that the two’s bank accounts were used as conduits for easy accounting purposes.”

He insisted that PHD is a tax payer and that it evaded paying to Zimra.

It is alleged that sometime in October 2018, the government conducted tax investigations and recovered financial statements from PHD extending from 2013 to 2017.

Financial statements were also recovered from the Commercial Bank of Zimbabwe which were submitted by the church for loan applications.

The statements showed that PHD had realised sales amounting to US$28 706 040 million during the period 2013 to 2017, and during that period, it did not submit income tax returns to Zimra.

It is further alleged that PHD had no records of all goods and services that is sells and purchases, which is a violation of VAT.