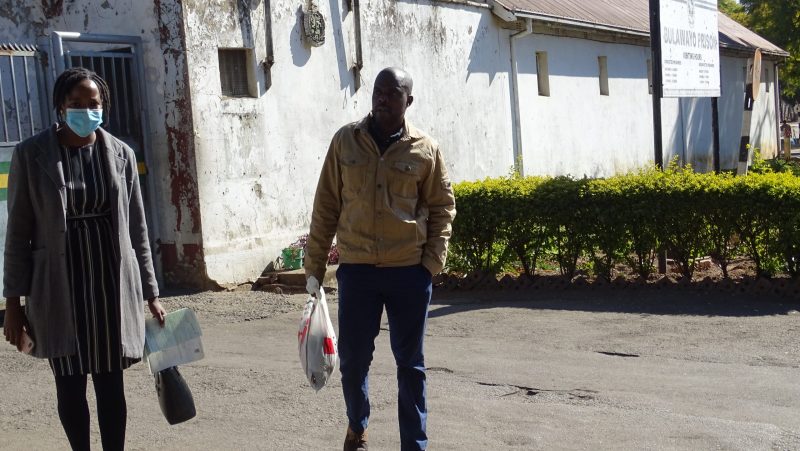 BULAWAYO regional magistrate, Mark Nzira, Tuesday dismissed New York Times Correspondent Jeffrey Moyo’s application for discharge, ruling that the state had proffered enough evidence for the scribe to be put to his defence.

Moyo who was being jointly charged with Zimbabwe Media Commission (ZMC) official, Thabang Manhika is facing charges of breaching sections of the Immigration Act.

The trio were being accused of assisting two American journalists Christina Goldbaum and Joao Silva to illegally enter the country and promising them temporary press cards despite the fact that the scribes had been denied entry by the Ministry of Information, Broadcasting Services and Publicity.

In an interview with Newzimbabwe.com, Moyo‘s lawyer, Kathleen Mpofu said Magistrate Nzira has ruled that Moyo has a case to answer.

“We have just attended the ruling of the application for discharge at the close of the state case and the Magistrate dismissed the application. He basically found that the state had led enough evidence for Mr Moyo to be put to his defence,”

“In coming to this findings, it seems the Magistrate relied on the fact that the state had led the evidence of the allegedly false accreditation cards that had been obtained by foreign journalists and based on his interpretation of the evidence led by the state, he found that it was sufficient to put the accused to his defence,” said Mpofu.

The lawyer said because of this ruling, the Magistrate ordered that the trial should commence on the 20th of April 2021.

“The defence will be opening its case and and start leading witnesses,” said the lawyer.