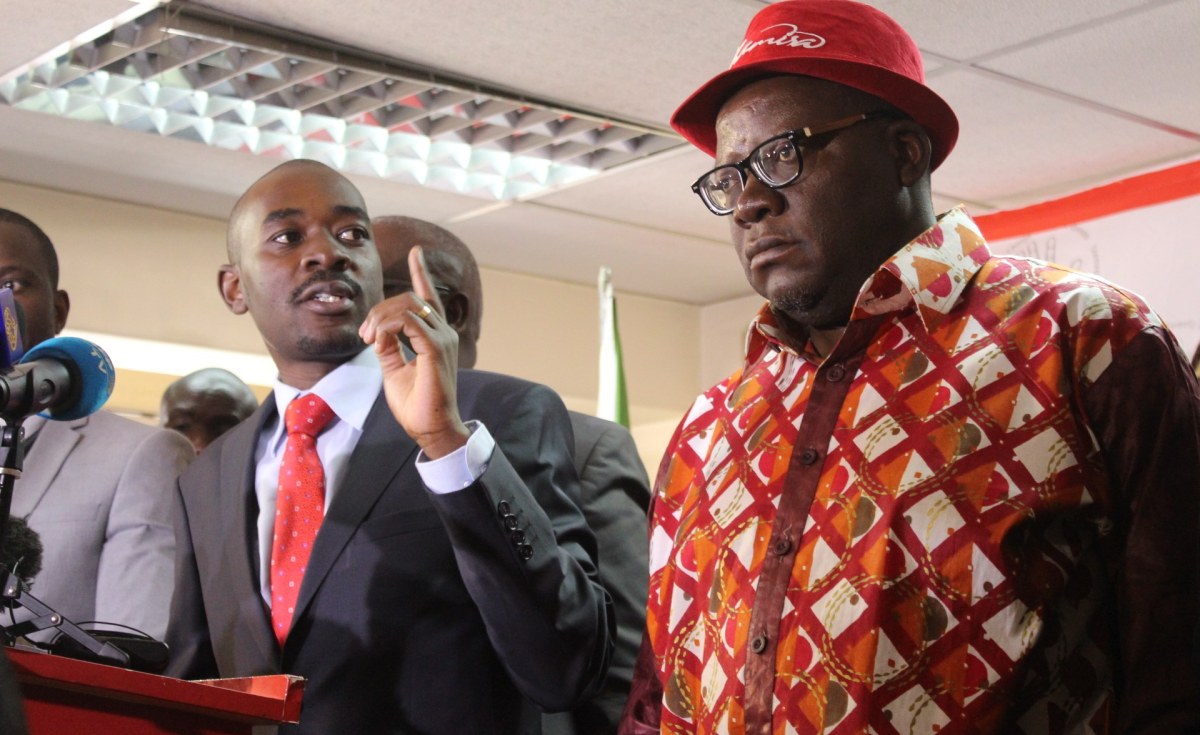 This was after images of a tweet linking Chamisa to a purported expression of his desires to meet President Emerson Mnangagwa for dialogue went viral on social media. 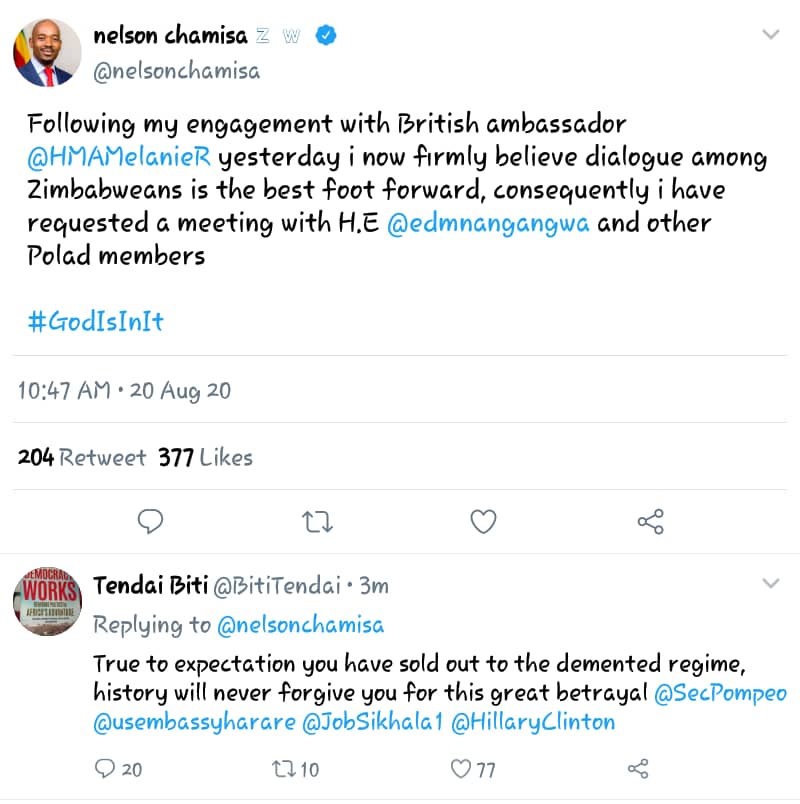 Commenting on the strange tweet, Mahere claimed hacking, adding these were the works of Zanu PF loyalists desperate to drag the name of the MDC Alliance through the mire.

“It is a photoshopped image. Nothing was ever tweeted from these accounts, simple verification will establish this. It’s desperation by ZANU-PF to draw non-existent wedges between the leaders of the Alliance.

“We remain united and focused on addressing the Zimbabwean crisis on behalf of the suffering masses,” said Mahere.