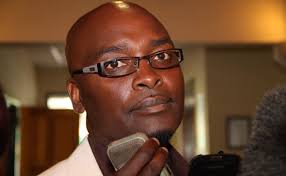 FORMER Premier Soccer League chairman, Twine Phiri, who was on charges of defaulting alimony for his three children, was Tuesday acquitted by a Harare magistrate Amanda Muridzo.

Phiri was dragged to court by his ex-wife Keresiya on allegations of failing to pay school fees and providing for his children.

Keresiya alleged that the arrears had accumulated to $13 000 but the magistrate freed Phiri after she ruled that the ex-wife was the one who abused the money.

Phiri proved after a full trial that he would give Keresiya the required funds.

His wife also said he started defaulting in 2014 but the State failed to prove a prima facie case against Phiri.

He told the court his ex-wife was ungrateful before he produced receipts showing that he indeed paid for his children’s school fees.

Phiri told court that he had been paying the fees, but his ex-wife’s motive to bring him to court on a daily basis was influenced by malice, hatred and to tarnish his image and dignity in society.

The former soccer boss has been in and out of court endlessly and was once convicted for failing to support his children.

It was his defence that he is now a man of no means and that he is the sole breadwinner for his extended family.

He further told court that one of his children was now an adult but he did not stop looking after him.

Muridzo then ruled that Keresiya’s evidence was not credible as the documents from the school and the testimony of the school representative corroborated Phiri’s evidence.

The school representatives had told the court that they reached a personal agreement with Phiri over his children’s school fees, an agreement which excluded Keresiya.