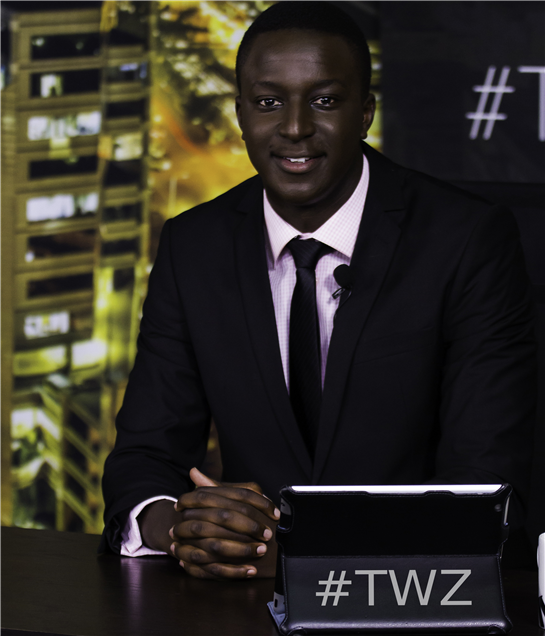 ‘TONIGHT with Zororo’ (TWZ) is vibrant, current affairs talk show that tackles various issues from the perspective of the young urbanite. Hosted by media personality Zororo Makamba, the first episode of the season was released online at www.twzshow.com
Speaking on the decision to go on the web, Makamba said: “The internet is the greatest democracy and this led us to do an independent release online.
“You will be able to stream the show directly on Facebook, YouTube and other social media platforms. This will fill a gap and allow Zimbabweans in the diaspora to see what’s happening at home.”
The 25 minute show has three segments; an opening monologue, followed by a one-on-one interview with a person of interest, ending with an acoustic performance on the Coca-Cola Sound Stage.
Episode 1 features songstress Ammara Brown.
TWZ is produced by award winning start-up Nafuna TV.
Shedding more light on what viewers can expect, director of the show Nqobizitha “Enqore” Mlilo said: “TWZ is the voice of a new generation.
“It touches on key issues that affect Zimbabweans and ultimately young Africans, at large.
“Hosted by one of Zimbabwe’s most promising stars Zororo Makamba – TWZ aims to provide a fresh perspective on topics as well as show a different side to personalities Zororo interviews.”
Makamba’s broadcasting career started at ZiFM Stereo radio station in Harare.
TWZ’s Season 1 will see the likes of Beatrice Mtetwa, Philip Chiyangwa, Wayne Black, Sir Nige, & pole-dancer Bev take the hot seat. Comedians from P.O BOX TV are set to make numerous guest appearances.
The show is presented by Blue Ridge Supermarket and supported by Jaguar, Telecel Zimbabwe, Mugg & Bean, US Embassy Public Affairs Section & Coca-Cola.
Tonight With Zororo Ep. 3