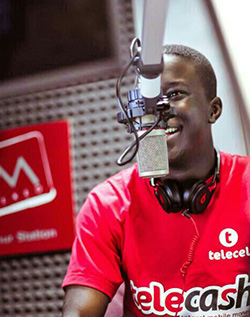 RADIO personality and son to exiled prominent business man James Makamba, Zororo Makamba, has launched a documentary profiling his life.
“I have been observing with concern that most of our icons, especially musicians, have no such profiles reflecting the beginning of their careers,” said the 24 year old celebrity at the launch of the documentary Wednesday evening in Harare’s Chisipite.
“We need to trace a person from where he or she started their career and this should be documented, and this is the reason why I have compiled this documentary showing the beginning of my long journey in life.
“I have high hopes in life. I am into radio and soon will be into television – watch this space; only the sky is the limit. What is needed in life is focus and determination.”
The documentary also features Zororo parents narrating how their son grew up as well as his friends and workmates commenting on what they think of him.
Produced by a private media production company Tafuna TV, the documentary will soon be available on YouTube.
Zororo, who is a public relations executive with a local telecommunications company, encouraged upcoming musicians and artists to document their works so that they could monitor progress they would have made throughout their life careers.
A committed philanthropist, Zororo is currently paying school fees for over 600 children at Tichakunda School in Harare’s Hatcliff.
ZORORO MAKAMBA DOCUMENTARY