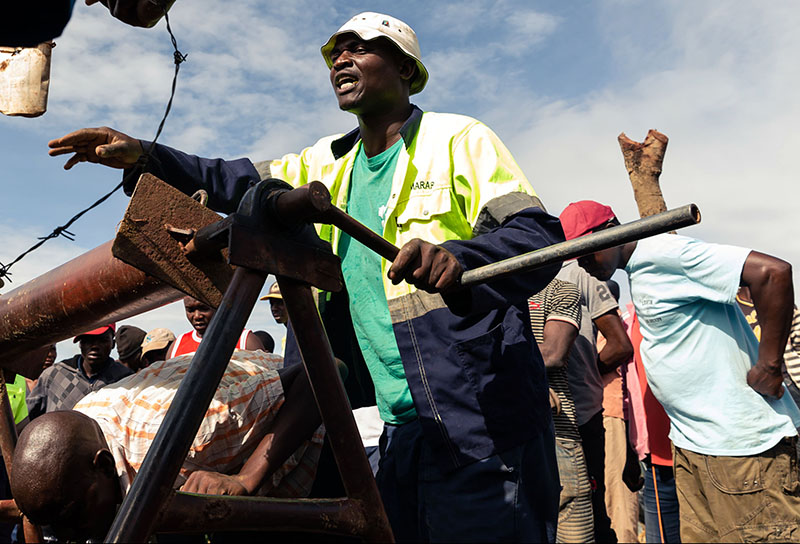 BATTLEFIELDS artisanal miners who survived last month’s mine disaster that killed 24 people have warned that cases of robbery, theft, murder and cattle rustling could increase if government chases them off the suspended claims.

Some of the artisanal miners who spoke to NewZimbabwe.com said that they were aware of government plans to remove them from the gold fields but warned the move could be catastrophic for neighbouring farmers and villagers.

“Usually we spend about three months straight without going back home raising enough to use when we go back and to survive when we are here.

“The situation is currently bad because the disaster means we have not been working for close to a month now, we have to recover that time and get as much as we can if we are to go back home let alone survive,” said one Tinashe Kadoko a panner.

“If what we hear is true that government wants to chase us off Cricket and Silvermoon Mines then we are headed for very dangerous times I tell you.”

Some 24 artisanal miners commonly derisively known as makorokoza fell victim to flooding at the two mines leading to their deaths last month.

Only eight survived, miraculously managing to stand for four days in water with no food as water reached their necks in what one of them described as a miracle.

Minister of Environment Priscah Mupfumira confirmed at a recent post Cabinet briefing, revealing that indeed government had issued the mines with a suspension order.

Fabian Machakwa who claims ownership of the strip of land on which the last four miners were trapped said that he at one time fell victim to the artisanal miners before deciding to move his cattle to another farm.

“I had to remove my cattle because at one time they were killing them. I reported the matter to the police but they did nothing.

“The officer in charge was brought to this place by me but did nothing,” said Machakwa.