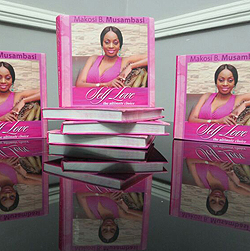 Makosi launched the 200-page book in Abuja, Nigeria, where she is based on September 23.
The former cardiac nurse told New Zimbabwe.com on Saturday she had been “called all sorts of names” since appearing in the hit UK TV show in 2006, and again in the 2011 Ultimate Big Brother featuring the best housemates from the show’s 10-year run.
“I’m grateful to God who finally decided it was time to share my life experiences and things I’ve learnt along the way in the journey called life,” Makosi said.
The red-carpet launch party, hosted by Nigerian comedian Klint-da-drunk and Derenle Edun, drew several celebrities including comedian Chigul, Youth Forum Ambassador Uche Odims and Nigeria’s 2013 Big Brother Africa representatives, Beverly Osu and Melvin Oduah.
Makosi said the book was full of “motivational nuggets”, adding: “Self Love – The Ultimate Choice is common sense – which often seems so complicated – broken down and written in simple English.
“Africa needs to get reading, and the less complex the book, the easier it is to digest; all it takes is a real life inspirational story to invoke a powerful feeling within, make us see things from a different perspective, or spur us into action.”
Makosi, who has been filming for her chat show, ‘Makosi Today’, said she hoped the book will promote a reading culture which she says can “open our minds to a world of endless possibilities and wonders”.
“This book will inspire, direct and redirect many people. I hope it has a positive impact on how we chose to live our lives