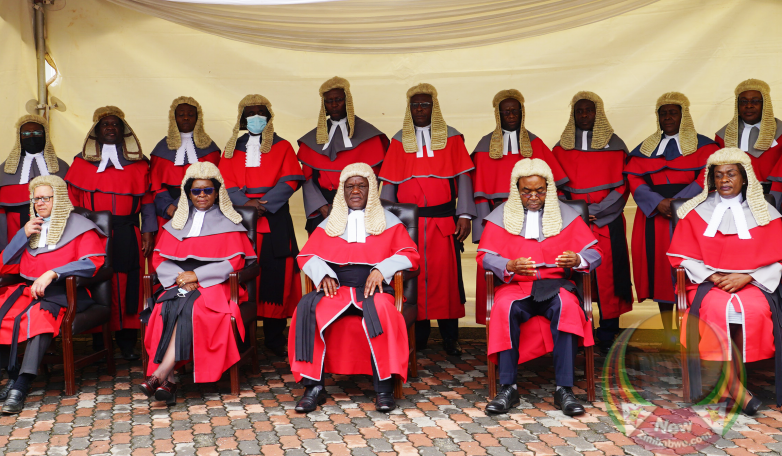 Chief Justice Luke Malaba has said the judiciary will this year focus on demystifying misconceptions, that the officers act on instructions of other arms of the State, maintaining that the courts were doing well.

Justice Malaba who was opening the 2023 legal year in Harare.

He said to compliment this, judicial officers must be competent.

The 2023 legal year will run under the theme ‘Promoting competence and quality of service provision in the Judiciary to enhance public confidence’.

Currently there are 147 corruption related cases pending in the courts.

“These remarks are made because the impression sought to be created is that there is no activity in courts in respect of corruption cases. The cynical suggestion has been that courts are involved in a conspiracy arrangement with the other State agents in the criminal justice system to release persons accused of corruption in what is called a “catch and release” phenomenon,” the Chief Justice said.

According to Malaba, out of the 147 corruption cases that were brought before the courts, 89 cases are either in progress or have been finalised, with 16 cases having trial dates, whilst for 52 cases trials have commenced.

21 cases have already been finalised.

“The statistics given above do not indicate a country that is not taking the tight against corruption seriously.

“They show that arresting agents and prosecution agencies are busy at work. They also show that the courts are dealing with these cases actively when they are brought before them,” reiterated the Chief Justice.

He added that it is not part of the duties of officers in the Judiciary to satisfy personal needs of court users.

“When the courts make decisions, and are seen and allowed to perform their duties with the independence, impartiality and expedition required by the law for the resolution of disputes, public confidence in the judicial service is enhanced.

“The duty on a person providing judicial service is to provide the services to every person seeking it in accordance with the law with the necessary speed and within a reasonable time with due respect to the dignity of the person concerned.

“Where one is aggrieved by a decision made by the court it is important to rely on the available legal processes for remedy,” said Chief Justice Malaba.

Insulting the courts and judicial officers, according to Malaba, will not help to have the order set aside but such conduct has the effect of undermining public confidence in the Judiciary.