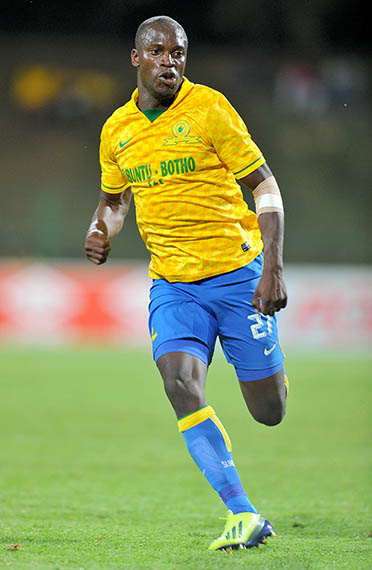 ZIMBABWEAN Cuthbert Malajila scored twice as Sundowns recorded a comfortable 4-1 victory over struggling Moroka Swallows at the Lucas Moripe Stadium on Tuesday night.
Mamelodi Sundowns came into this encounter unbeaten in their last 13 league matches, while Moroka Swallows were looking to build on their three-man unbeaten streak in Tshwane.
The home side threatened to punish their opponents inside the opening five minutes, with Khama Billiat coming close to breaking the deadlock with a well taken volley, only for Graig Etafia to make a superb save.
Swallows then managed to get behind the Sundowns’ defence when Luyolo Nomandela sliced past Mzikayise Mashaba on the right hand side, but his attempted cross was easily dealt with by Denis Onyango.
Sundowns then took the lead in the 13th minute when Alje Schut was found unmarked inside the Swallows box, before flicking the ball past Etafia from a Bongani Zungu free-kick.
Malajila doubled Sundowns’ lead a minute later as Swallows struggled to cope with the pace of the game.
He then then grabbed his brace in the 22nd minute after brilliantly losing his marker inside the Swallows box, finishing off a great pass from Siyanda Zwane.

Could have made it 5-1 … Kudakwashe Mahachi