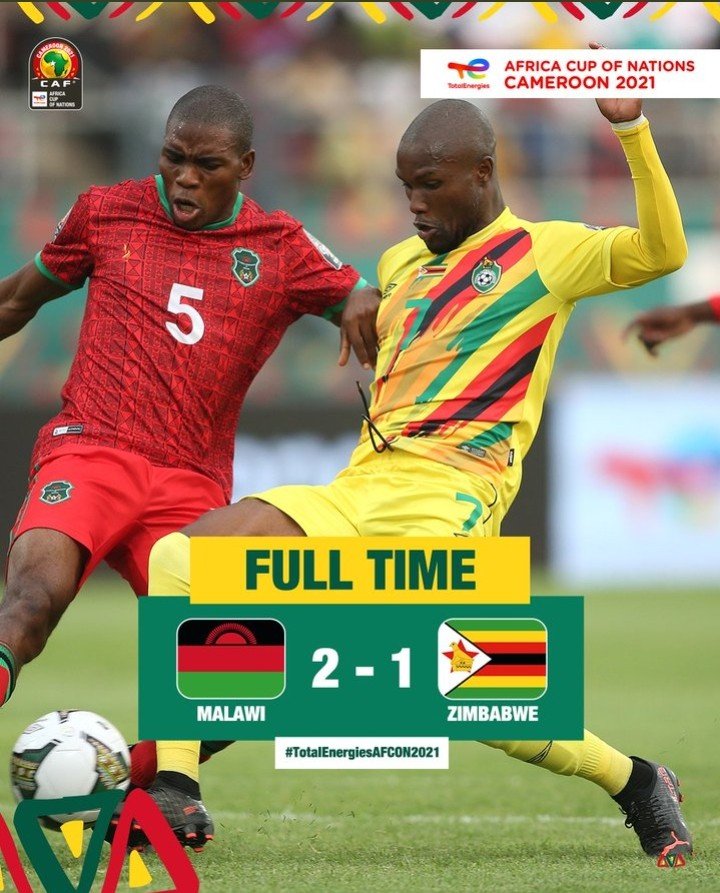 THE Warriors’ hopes of reaching the knockout stages at the ongoing Africa Cup of Nations suffered a major blow after suffering an embarrassing defeat against neighbours Malawi in a must-win Group B encounter Kouekong Stadium in Bafoussam, Cameroon on Friday night.

After losing to Senegal in the first match, the Warriors needed nothing short of a victory against their Southern African neighbours to put themselves firmly in contention of a last 16 spot.

However, despite boasting of a better head to head record against their opponents and dominating for long periods in the first half, the Warriors were found wanting when it mattered the most.

Malawi came from a goal down to record a famous win courtesy of a goal in each half from striker Gabadinho Mhango to cancel out Ishmael Wadi’s debut goal in Warriors colours.

It was a shocking turnaround for the Warriors who could have gone to the break with a healthy two or three-goal lead after failing to convert the numerous chances that came their way.

Wadi, who had wasted several opportunities appeared to have set the Warriors on their way to an important win when he headed home Onismor Bhasera’s cross in the 39th minute.

The Warriors had kept Malawi on the back foot for most of the first half but were stunned as their lead lasted only three minutes.

Completely against the run of play, Mhango, found the back of the net with a well taken close-range finish in the 42nd minute after being left unmarked on the left by Bhasera.

Despite being pegged back just before the break, the Warriors buoyed by their first-half dominance would’ve been still confident of winning the match.

Instead, it was the Flames of Malawi, who appeared the hungrier of the two teams after the break and they were rewarded.

Mhango benefitted from a mistake by the usually dependable Teenage Hadebe to score past an exposed Petros Mhari in goal for the Warriors.

The goal completely rattled the Warriors, who never found their rhythm afterwards as Malawi held on for a famous win.

Zimbabwe, who are pointless and bottom of Group B will now hope to beat Guinea by a bigger margin and hope Malawi also concedes a lot of goals in their last match against Senegal for them to have an outside chance of sneaking into the round of 16 as one of the best third-placed teams.

Meanwhile, in an earlier match West African rivals Senegal and Guinea settled for a goalless draw which leaves them tied at the top of the group on four points.