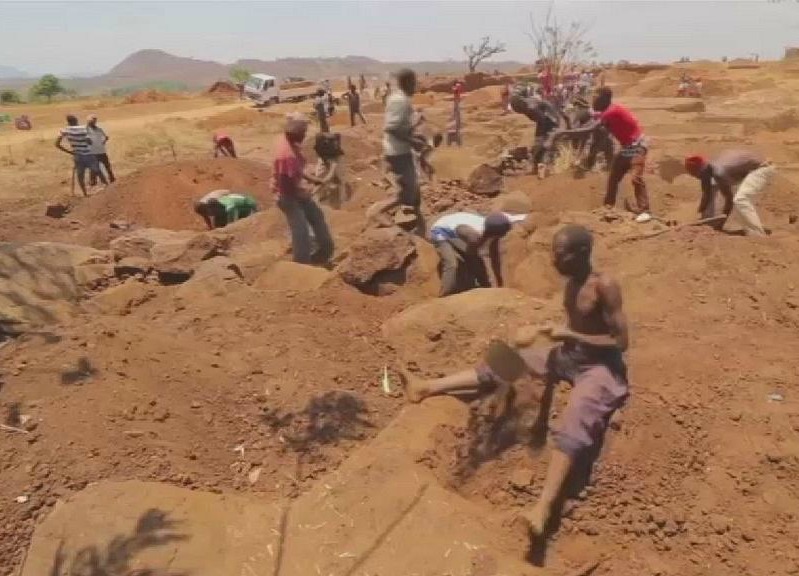 Malawians are rushing to exploit the gold discovered last year on the outskirts of the capital Lilongwe, and small-scale gold miners are hoping to get rich quick before big companies take over.

Bwenzi Nkalima left his job as a watchman after a new gold rush in Malawi promised to bring in more money to look after his family.

Now he spends his days in Nathenje, on the outskirts of the capital Malawi, sifting through soil in search of small gold deposits.

“I used to work as a watchman. My wages were only from hand to mouth. I was very poor. But with this gold mine, there is a big change. I am already managing my family, and things look promising indeed,” he said.

Gold mined from Nathenje is currently fetching around $34 per gram. It’s proving to be a lifeline for the thousands of villagers who have flocked to the area to illegally mine the mineral.

“The only problem that is there is that most of that mining is done illegally. Now, when it is done illegally, it means it is difficult to monitor environmental issues. And to make it worse, the trading of the minerals it means it has also to happen illegally,” said Director of Mining, Department of geological Survey, Jalf Salima.

Periodically hit by severe food shortages and power outages, Malawi is struggling to contain its external debt and put its economy on a sound footing.

Malawi is yet to regulate artisanal and small-scale mining although officials say they are working to change this.

“It is an illegal activity that is taking place in Malawi and we do not want it. That is why we say at some point they will be ejected out of those places unless they follow the rules of the country,” Sangwani Phiri, a spokesperson for the ministry of natural resources, land and minerals, told Reuters.

He said a review of the 1981 Mines, and Minerals Act had been finalised and a bill was expected to be tabled in parliament before the end of this year.