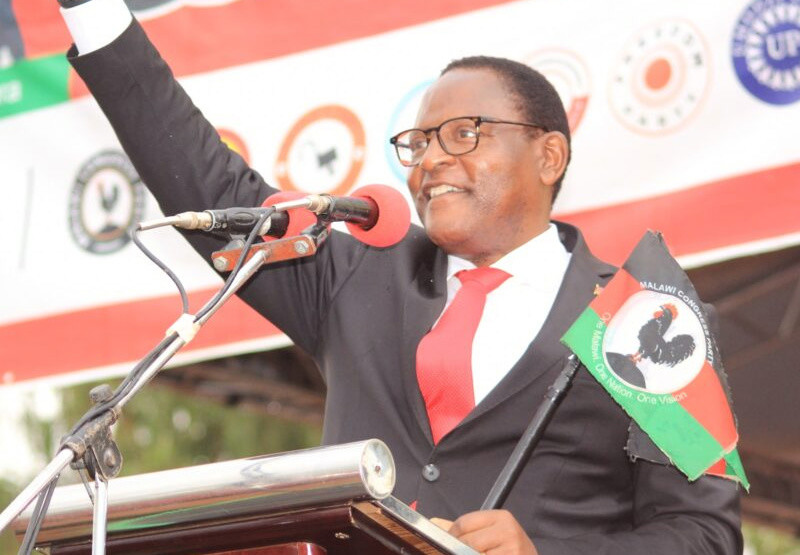 OPPOSITION leader Lazarus Chakwera, who overturned the results of Malawi’s presidential elections in a landmark legal case, says he is confident that next week’s re-run will be credible and set the impoverished southern African nation on a new democratic course.

In an interview with AFP, Chakwera said the cancellation of the May 2019 vote vindicated his party’s long-held suspicions about the ballot.

“This time around we have more confidence that this election will be treated with the integrity it deserves,” he said during an online interview from Lilongwe.

Citing “grave”, “widespread” and “systematic” irregularities, the Constitutional Court in February ruled that the integrity of the results had “been seriously compromised.”

It overturned President Peter Mutharika’s re-election and ordered a new vote within 150 days.

The country of 18 million people will stage the re-run next Tuesday.

But he argued that tally sheets were smudged with correction fluid — and sheets from polling stations far apart each bore the same handwriting.

It took the Constitutional Court six months to hear the arguments and reach a verdict that reverberated across African politics.

Malawi became only the second country south of the Sahara to have presidential poll results set aside, after Kenya in 2017.

“For me personally it’s been a quest for justice and I believe that we have been vindicated by the courts,” said Chakwera.

“The independence of the judiciary has really raised the bar for African elections to be done in such a way that everyone can see the integrity of such a vote, the credibility of such a vote, and I believe its lesson to the rest of the world, that issues of people’s rights must be respected,” he said.

Chakwera’s MCP was once led by ex-president Kamuzu Banda, who ruled Malawi for 30 years until losing power in the first multi-party polls in 1994.

This time around the MCP president leads a nine-party alliance.

It was the first time Malawi, which gained independence from colonial ruler Britain in 1964 — and was then ruled by the founding father Banda as a one-party state — had experienced such protests.

The protesters demanded the removal of the then-electoral commission chief Jane Ansah who eventually stepped down last month.

Chakwera is optimistic about the new commission.

“This time around we have more confidence that this election will be treated with the integrity it deserves,” he said.

Malawi will hold the new election in the midst of a deadly pandemic. The country has officially recorded 564 cases of coronavirus and six deaths.

Mutharika’s efforts to limit the spread of the virus were torpedoed when a court ruled that he could not impose a full lockdown because he had failed to announce any measures to cushion the vulnerable.

When coronavirus reached the country in early April, “the knee-jerk response by government made it difficult for people to trust it,” he said.

“Even Cocid-19 funds that have come in, have been abused,” he charged, without giving details.

Tens of thousands of people have turned up for campaign rallies in blatant defiance of restrictions of large crowds, and health experts fear an explosion of infections in a country with a weak health system.

“People are saying, let’s settle the political question and then we can together look at this pandemic and how best to fight it,” said Chakwera.