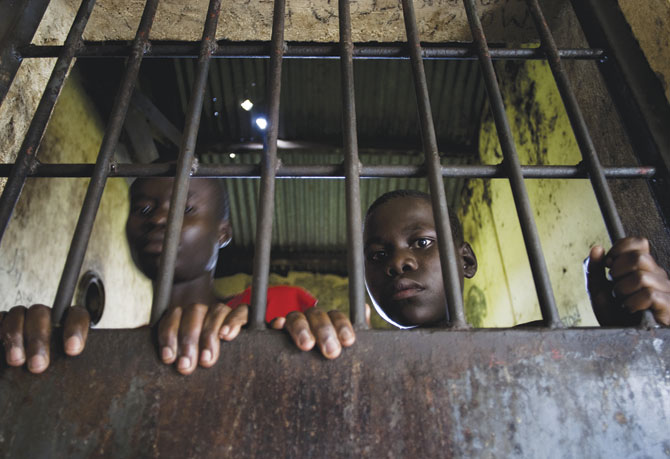 The move came after a High Court ruling in June 2018 which ordered Bvumbwe and Kachere prisons to release all children being held there in a case brought by civil society organizations.

Victor Mhango of the Centre for Human Rights Education, Advice and Assistance said all 267 juveniles who were being held at the two jails had been released.

“The welfare of children in prison has always been a serious matter of concern. Our laws have recognized that prisons are not suitable for children,” he said.

Malawi only has two juvenile reform centers, which are often full.

Where there was an absence of remand homes, the children were released into the custody of their parents.

Judiciary spokesperson Agnes Patemba told AFP that the prison service had complied with the law.

In its 2016 report, the Inspectorate of Prisons said Kachere prison was “a health disaster” waiting to happen with inmates going days without food, poor hygiene standards, a shortage of blankets and the buildings themselves at risk of collapse.

It said cells in Bvumbwe prison were poorly ventilated and the toilets had no running water.

“This case sets an important precedent for our region,” said Anneke Meerkotter, of the Southern Africa Litigation Centre.