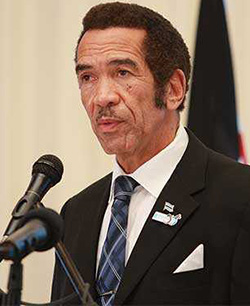 ZIMBABWE star forward Khama Billiat is convinced that his side’s 2-1 win over Malawi will help restore some lost confidence for the Warriors.
Billiat scored a late winner after Cuthbert Malajila had found the opener midway through the first-half as an ill-prepared Zimbabwe stunned hosts Malawi in the opening round of the 2017 Nations Cup qualifiers.
The win came 24 hours after Group favourites Guinea had lost 2-1 at home to Swaziland.
Apart from his goal, Billiat put in a fine second half display on Saturday, conjuring up some bright moments as he teased the Malawian defence with his speed and trickery.
Speaking to reporters upon his team’s return, Billiat said the win would be a timely morale booster for Zimbabwe.
He said: “The result is a confidence booster.
“I think we started the campaign very well with an away win, which can give us confidence and the young guys can also get more belief. As you can see the guys are happy.
“It all comes down to the fighting spirit. We showed character, we showed professionalism. No matter what (we were facing) we managed to put up a fight away from home and get a result,” he added.
The forward however, modestly said his magnificent winning goal was a fluke goal.
”I can’t lie; what I wanted to do is not what happened,” explained.
“It was meant to be a cross but somehow the ball went into the nets and I was shocked. You can even see by the way I celebrated. It was a muted celebration.
He added “I did not even believe I had scored, surely. I was overwhelmed and did not know how to react after scoring.”
The 24-year-old Billiat is expected to form a potent partnership with Knowledge Musona as Zimbabwe look to seize the initiative in Group L.
The Warriors’ next match is at home to Guinea on September 6.Advertisement