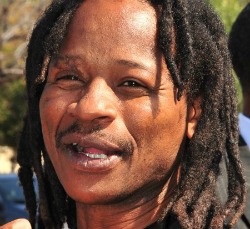 MALAWI coach Ernest Mtawali says he has a plan for the Warriors after watching them on Tuesday in an international friendly against Uganda at Rufaro Stadium in Harare.
Warriors coach Kalisto Pasuwa fielded a largely second string side with only Khama Billiat, Kuda Mahachi, Onismo Bhasera and Evans Rusike being thrown into the match. But Billiat and Mahachi were only introduced at the death. The Warriors still managed to overcome their opponents2-0 with former Highlanders defender Teenage Hadebe scoring a brace both from corner kicks by Kuda Mahachi.
And Mtawali said his trip was worth it despite watching a B team.
“I think it was a worthy trip. They didn’t use all their regular players but I got a glimpse of what to expect,” he told the media in Malawi.
Malawi are at the foot of Group L with two points, while Zimbabwe lead the group with eight points with Guinea and Swaziland  sharing second spot with five points each. And for Malawi the match against Zimbabwe will decide their fate.
Malawi, however, still have a mathematical chance of qualifying as the best runners up in the event that they win their remaining two matches including the Sunday tie against the Warriors.
If the Warriors win on Sunday and Guinea fails to beat Swaziland in other tie, they will join the party in Gabon. The Warriors can also go through if they win against Malawi and then force a draw against Guinea in Conakry in their last match in September.
Zimbabwe also stands a chance of qualifying as runners up.
The Warriors have not qualified for the biennial soccer show case since Charles Mhlauri led them to Egypt 2006.
Sunday Chidzambwa was the first coach to qualify Zimbabwe to their maiden appearance at the African Nations Cup table since Independence when he took them to Tunisia in 2004.Advertisement