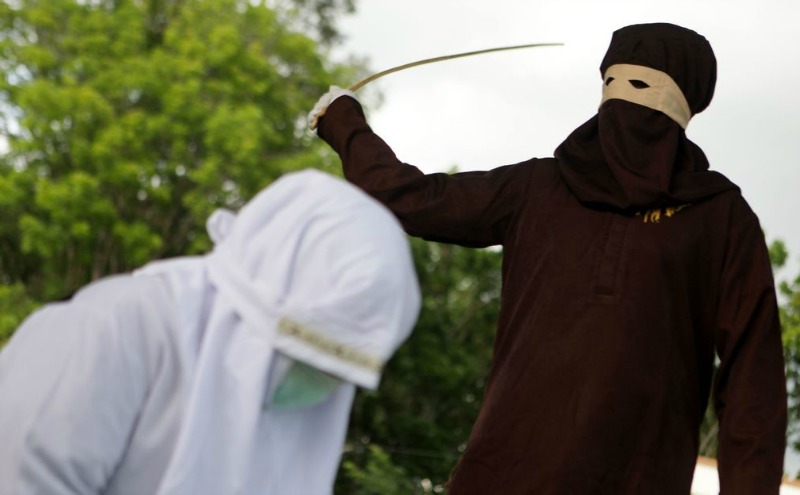 Two Malaysian women convicted of attempting to have lesbian sex in a car have been caned in a religious court.

The Muslim women, aged 22 and 32, were each caned six times in the Sharia High Court in the state of Terengganu.

According to an official, this is the state’s first conviction for same-sex relations and its first public caning.

Human rights activists reacted with outrage. Homosexual activity is illegal under both secular and religious laws.

The caning was witnessed by more than 100 people, according to local news outlet The Star.

A member of the Terengganu state executive council, Satiful Bahri Mamat, defended the punishment, telling the agency it had not been intended to “torture or injure” and had been carried out in public to “serve as a lesson to society”.

‘Not meant to cause pain’

The duo, whose identities have not been revealed, were arrested in April by Islamic enforcement officers after they were found in a car in a public square in Terengganu.

According to The Star, caning under Islamic law is not similar to caning carried out for crimes under civil law. It is not meant to cause pain.

Malaysia is known to be a moderate Muslim-majority country but has seen rising religious sentiment in recent years.

Earlier last month, a minister ordered that portraits of LGBT activists be removed from a public exhibition.

Malaysia operates a dual-track legal system. Muslims are bound by Sharia – or Islamic – law on personal matters like marriage and custody rights, while members of other faiths follow civil law.