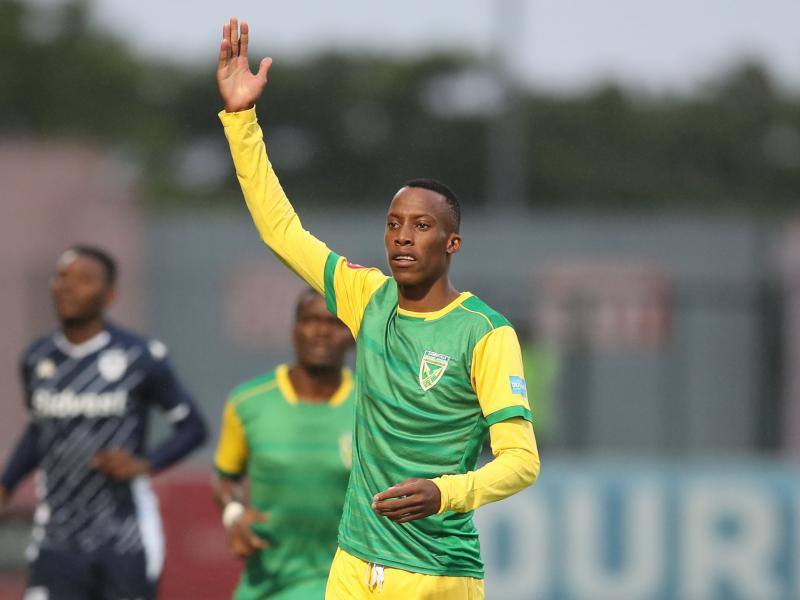 WARRIORS and Golden Arrows star Divine Lunga has been linked with a move to South African Premiership giants Mamelodi Sundowns during the current January transfer window period if an agreement is reached between the two clubs over his transfer.

The South African football website Kick-Off.com on Wednesday claimed that the former African champions, Sundowns have already raised their hand of interest for Lunga as they seek to widen their options on the left flank of their defence.

It further reported that talks between Mamelodi Sundowns and Golden Arrows were initiated last year but have been hanging as the two parties haggle over a transfer fee for the player.

Lunga’s future has been the subject of speculation after putting on an impressive show at the 2019 Africa Cup of Nations finals in Egypt where he closely guarded feared Liverpool superstar Mohamed Salah in the tournament opener against the hosts.

After the tournament, Lunga was linked with moves to Belgium and Turkey while there were also reports linking him with a move to an unnamed club in the Middle East.

Lunga however eventually stayed put at Arrows but there is now a possibility he could move to Sundowns during the January transfer window with Arrows having already started the process of identifying his replacement.

The 25-year-old played under current Mamelodi Sundowns co-head coach Steve Komphela while he was still at Arrows and is reliable and effective in both defence and attack down the flank.

Lunga has been a regular through all of his time at Arrows, making 30 appearances in his first season, then 27 in his second, and has so far made eight appearances in the current campaign.

Born in Bulawayo, Lunga played for hometown club Chicken Inn prior to making the switch across the Limpopo in July 2018.