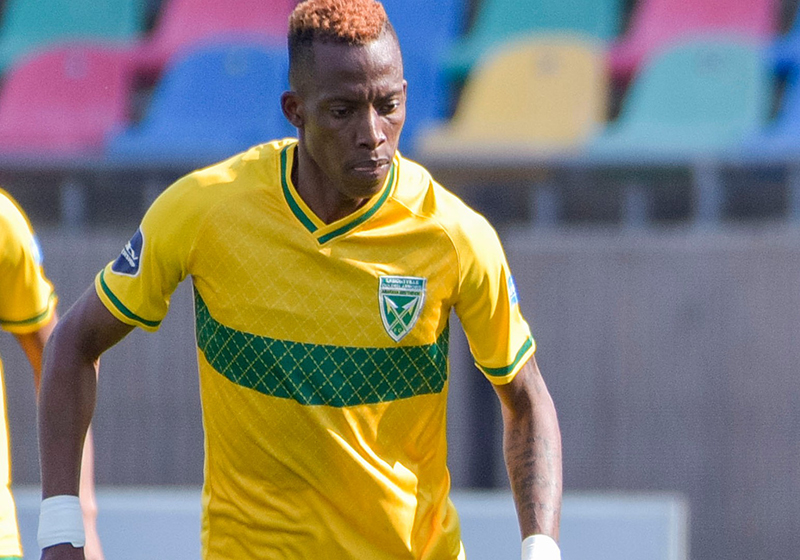 SOUTH Africa: Mamelodi Sundowns defender Divine Lunga has made it clear he wants to fight for his place as a left-back rather than a centre-back at the Brazilians, having been used in the heart of defence to partner with Mosa Lebusa against Kaizer Chiefs nine days ago.

Since joining Sundowns from Golden Arrows in July last year, Lunga hasn’t really commanded a place in the starting line-up at Chloorkop with 11 appearances across all competitions this season. As he’s left-footed, many had predicted that Lunga would be converted to centre-back to plug the gap left by fellow left-footed central defender Ricardo Nascimento.

The prediction gained momentum when the 26-year-old was slotted in at the heart of defence in their 1-all league draw against Chiefs. Nevertheless, the Zimbabwe international doesn’t have ambitions to permanently switch from left-back to centre-back, implying he can play as a centre-back occasionally when the team has a crisis there, like he did against Chiefs.

“It’s football. I have to take any chance that’s given to me as a player irrespective of where I play but I am a left-back. The team had a problem where most of the centre-backs were injured, so I had to play as a centre-back to help the team because the team is [more] important than me. However, my aim is to fight for my position as a left-back,” Lunga told Sowetan.

Lunga also feels the resurgence of fellow left-backs Lyle Lakay and Aubrey Modiba at Sundowns this season has helped him to push harder.

“I love competition. Lyle and Aubrey have been brilliant. Their brilliance has helped me not  to relax. It’s hard to break into the XI at Sundowns but at the same time this stiff competition pushes you to work until you become a regular,” he said.

“Our target now is to win the Nedbank Cup to complete the treble. Sundowns is a big team in SA, so we must win each and every trophy available.”