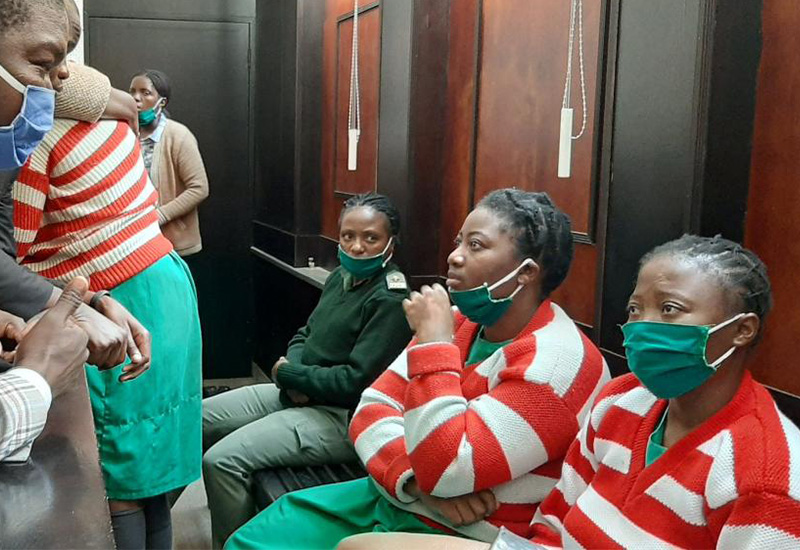 The two through their lawyer Alec Muchadehama told chief magistrate Faith Mushure the two media outlets and Mangwana should be reprimanded for publishing stories and making statements that about a case still pending before the courts.

This followed publication of articles insinuating that the duo had admitted that they lied about having been abducted by state agents after staging a demonstration in Warren Park in 2020.

The two said it is a lie that they made an admission to causing publishing of falsehoods against the state.

“I have been asked by the accused to state how certain media outlets have continued to comment on their matter,” said Muchadehama.

“What the accused are saying is that there is an attempt to paint them as people who continue to lie that they had been abducted. Their complain is specifically to the Herald Newspaper, ZTV and government spokesman, Nick Mangwana,” he said.

“We ask the media to be factual and to report proceedings as they occur or happen in court and not to seek to edit the accused statements and continue denigrating them for things they have not done. The matter is still pending before the court, they must respect the rules of subjudice and ask if their matter can be reported factually,” said Muchadehama

In response, prosecutor Michael Reza said court has no powers over media operations.

“What Muchadehama means is that he wants to bar the members of the press to cover these proceedings. Unfortunately this court has no powers to do so.. In Zimbabwe whenever court is sitting, the door must be open to show that anyone can come in or go out.”

“My brother is saying this court should ensure that this matter is reported factually. This court does not control Herald or ZTV. This court cannot instruct Nick Mangwana not to comment. Muchadehama is trying to cloth this court with powers that it doesn’t have. He should approach Herald, ZTV and Mangwana to resolve the matter.”

The magistrate advise the duo to approach ZTV and the Herald on their own.

“I have noted your concerns but cannot control what the media does. I’m of the view that you can take appropriate action against the media house outside court,” she ruled.

They also stand accused of publishing falsehoods against the state after lying that they had been abducted by state agents.

They deny the charges.