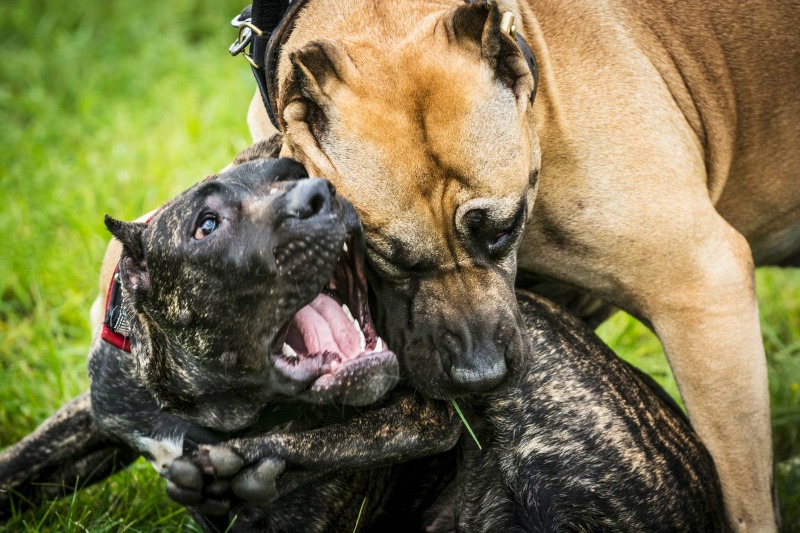 A HARARE court Friday heard of how a man, aged 80 allegedly set his dogs to lick his 31-year-old girlfriend’s privates in a bid to arouse her sexual feelings while he took photos of the appalling scenes.

However, in a twist of events, the girlfriend has been taken to court instead, after she allegedly hired a bogus soldier to guard the premises of the octogenarian lover to bar him from entry.

Melody Chitambo landed in the dock together with the ‘soldier’, Charles Mapfumo a few weeks after she took him to court accusing him of having let his dogs arouse her.

She alleged that her boyfriend would let his dogs lick her privates in a bid to arouse her sexually while he took photos of the scenes.

It was her allegations that Urs Joseph Ettillin would threaten to post the photos on social media if she refused to comply.

In the present case, the bogus soldier was charged with unlawful possession of army uniform and wearing it.

Ettillin dragged Chitambo to court accusing her of extortion.

The octogenarian said his girlfriend tried to extort money from him by placing a bogus soldier to deny him access to his home.

Chitambo appeared before Harare magistrate, Barbara Mateko who did not ask her to plead.

According to the state outline, earlier this month, Chitambo maliciously framed rape against Ettillin, who was subsequently taken to court and was granted bail.

It is state’s case that when he went back to his Highlands home after being freed, Chitambo then denied him access to the home.

Chitambo allegedly went ahead to hire Mapfumo as private security at her boyfriend’ house.

Ettillin made several attempts to gain access to the house but was blocked by Mapfumo.

Mapfumo was arrested after he was seen by a team from military police putting on a green t-shirt inscribed ‘army’ and army black combat shoes.

According to the state, Mapfumo was employed under the strictest instructions he should block Ettillin from entering his home and to instil fear in him so that Matambo would enjoy complete ownership of the house.

Prosecutor Lovemore Siyamunda opposed bail which was however granted and pegged at $15 000.