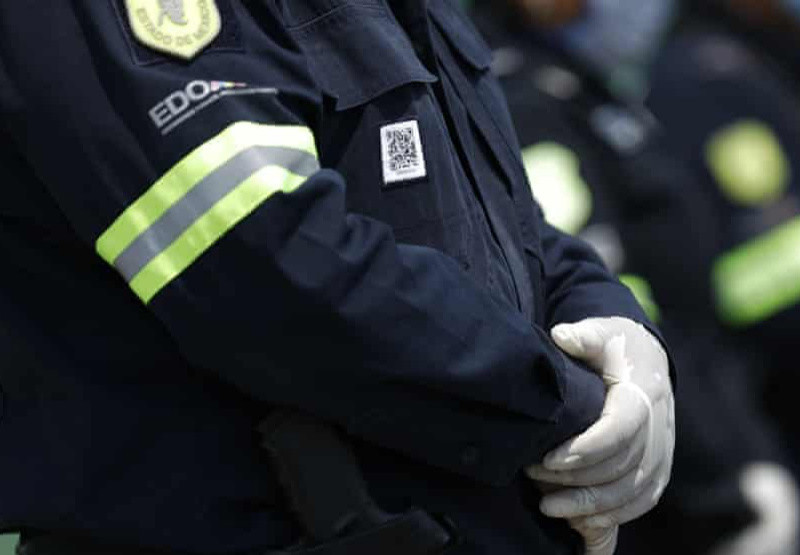 VIDEO shows officers forcing a man into a police truck as bystanders plead for his release.

Mexicans have responded with outrage after a man was found beaten to death hours after he was arrested by police officers for not wearing a face mask in public.

Protesters clashed with police officers outside the government palace, burning patrol vehicles and graffitiing the building. Videos showed the protesters breaking through the palace door.

One protester poured a flammable liquid on the back of a motorcycle cop and lit the officer on fire, according to a video spread on social media by independent news outlet ZonaDocs. Police beat back the protesters with batons and shot tear gas at them.

Giovanni López, a 30-year-old bricklayer, was detained on 4 May by municipal police officers in the town of Ixtlahuacán de Los Membrillos near Guadalajara.

Video of the incident emerged on Wednesday, and shows the police officers with assault rifles forcing López into a police pickup truck as bystanders plead for his release.

“Just for not a wearing a mask?” asks one witness, incredulously. “He was resisting,” answers an officer.

López’s relatives went looking for him at the police station, but were told he had been taken to a public hospital in Guadalajara. When they reached the hospital they found his dead body.

He had a bullet wound in his foot, and an autopsy later revealed that he died of blunt trauma to the head.

The video emerged as protests continue across the US over the police killing of George Floyd, and shone a spotlight on police brutality in Mexico, where officers are often poorly paid and poorly trained, but prone to abusing their power.

The arrest took place in western Jalisco state, where governor Enrique Alfaro issued strict rules on wearing masks in public amid the Covid-19 pandemic. Human rights activists had previously warned that Alfaro’s suggestion that anyone ignoring the measures risked arrest was an invitation for police abuse.

“Corrupt police are taking advantage of this,” said Father Robert Coogan, an American prison chaplain in the northern city of Saltillo. “It’s giving police one more reason to detain people (and) steal from them,” he said.

Alfaro promised a thorough investigation. But the state prosecutor Gerardo Octavio Solís said the arrest was for “aggressive behaviour” rather than not wearing a mask – a version disputed by the family.

López’s neighbours told the newspaper Mural that local police were detaining and roughing up people not wearing masks in public.

Tom Long, an expert on Mexican security at the University of Warwick, noted that – as in the US – policing in Mexico has become increasingly militarised, partly due to the so-called “War on Drugs”.

“There are long histories of police brutality in both countries,” said Long, added that many Mexican forces have received US training. “[Militarization] is a recipe for police violence, particularly aimed at those with the fewest monetary and societal resources to hold (them) accountable.”

Security analysts say street protests over police abuse are unlikely to erupt across Mexico – as have occurred in the United States – as indignities committed against the poor often fail to mobilize the masses.

“Regrettably, few people are going to care about a poor person’s rights being violated in a country like ours,” said Francisco Rivas, director of the National Citizen Observatory, which monitors security issues.

“Communities in the United States … react when they feel abused. There’s not that sense of community or solidarity when abuse is committed here.”