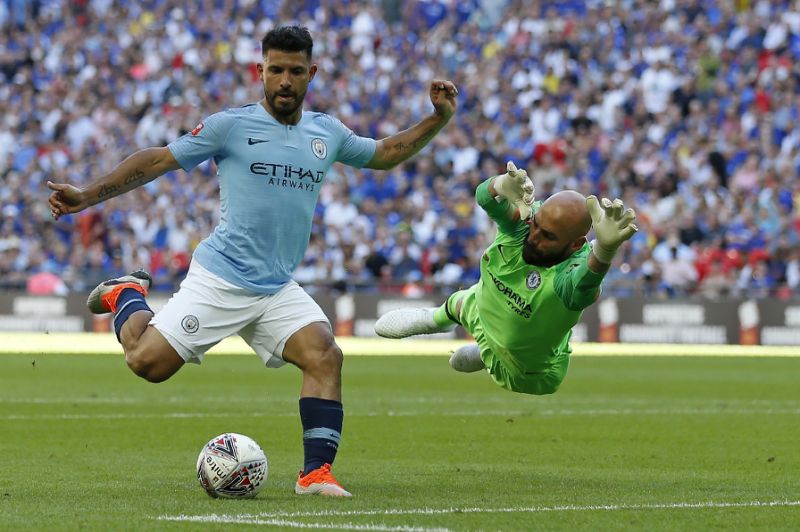 LONDON: Despite the tight turnaround after the World Cup, Manchester City’s attacking ruthlessness has not been blunted by fatigue or the English heatwave.

Sergio Aguero scored twice — once in each half — to secure the Community Shield as FA Cup holder Chelsea was beaten 2-0 on Sunday in the traditional curtain raiser to the English season.

While it has been a summer of continuity at City after a record 100-point Premier League haul, Chelsea has gone through more turmoil in recent weeks.

Maurizio Sarri has had only a couple of weeks to work on his new Chelsea squad after the protracted firing of Antonio Conte.

Although Conte won the FA Cup at Wembley in May, the Italian paid the price for Chelsea’s slump from league champions to fifth place, leaving the west London club out of the Champions League.

Resolving the managerial situation hasn’t ended uncertainty around Chelsea. Both goalkeeper Thibaut Courtois and midfielder Eden Hazard are still on their breaks after helping Belgium to finish third at the World Cup. It’s unclear if they will play for Chelsea again, with the duo linked with moves to Real Madrid.