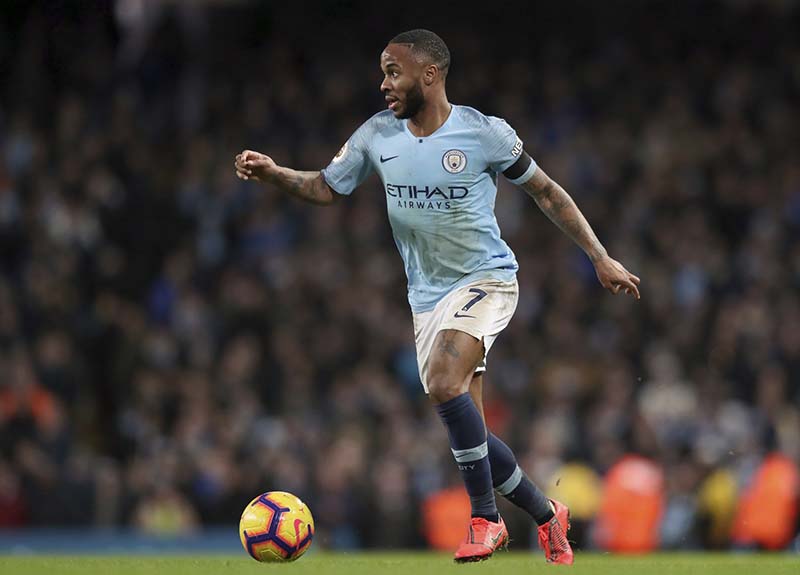 Manchester City sailed past Crystal Palace to move ahead of Liverpool at the top of the English Premier League table temporarily.

Bearing in mind their crucial continental tie against Tottenham Hotspur on Wednesday, City started off with four changes for with Kevin De Bruyne and Leroy Sane the notable inclusions.

With an authoritative showing expected, the reigning champions obliged with a 15th minute opener through Raheem Sterling who found the back of the net with a cool finish.

Palace’s game-plan was forced into diversion 20 minutes in, with Jeffrey Schlupp replaced through injury for Cheikou Kouyate.

The Eagles threatened to sneak in a leveller late on in the half, but Kouyate failed to finish off Christian Benteke’s knock down.

The hosts were put out of sight on 63 minutes after Sterling sent Leroy Sane’s clever pull-back into the far post across Vicente Guaita for his and City’s second of the game.

Palace didn’t lose sight of a come back, as Luka Milivojevic’s free-kick in the final nine minutes curled into the bottom left corner to reduce the deficit.

Hopes of a come back was distinguished as Gabriel Jesus restored City’s two-goal advantage in added time with a calm finish to put the pressure back on Liverpool.