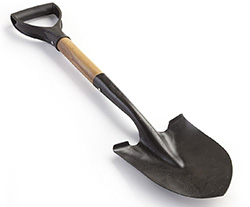 A HWANGE night club supervisor has been jailed 15 months for beating with a shovel and fracturing the knee of a patron who was caught having sex with an employee on the premises’ canteen.
Elvis Chiwanza, 25, is young brother to Kenny Chiwanza, who is general manager of GEC Electricals, a company contracted by Zesa in the coal mining town.
Elvis was supervisor at GVZ Leisure Centre, a nightclub owned by his brother, Kenny, on the outskirts of Hwange.
Chiwanza pleaded not guilty to assaulting Gilmore Nyamupangedengu, a Zesa technician, in October last year, leaving him with a permanent disability.
Chiwanza will serve an effective 12 months in jail after Hwange magistrate Rose Dube last week Friday suspended three months of the sentence on condition of good behaviour.
The court was told that Nyamupangedenu now has a permanent disability after sustaining three fractures on the left leg following the assault with a shovel by Chiwanza.
He explained: “I was operated on three times and, at the moment, I am supposed to see a specialist.
“Recently I went for promotional interviews at work and couldn’t make it because of the injury.”
Prosecutors said on October 23, last year, Chiwanza and Nyamupangedengu were at GVZ Leisure Centre when the former picked an argument with a bar lady accusing her of telling people that he had been caught red handed having sex with a woman who works at the night club’s canteen.
“A misunderstanding ensued between the complainant and a bar lady who he accused of telling people about what had happened to him.
“The bar lady threw a beer bottle at him and that’s when the accused intervened,” said the prosecutor Onias Nyathi.
Court heard that another patron identified as Desire Hadebe tried to stop the fight but Chiwanza started beating him.
“Nyamupangedengu intervened and stopped Chiwanza from beating Hadebe.
“Chiwanza left and went into the bar as if the fight had ended and moments later he came back carrying a shovel which he used to attack an unsuspecting Nyamupangedengu,” the prosecutor added.
Chiwanza and Nyamupangedengu were reportedly not in good books from the time the latter was caught having sex with the unnamed woman at the night club.Advertisement