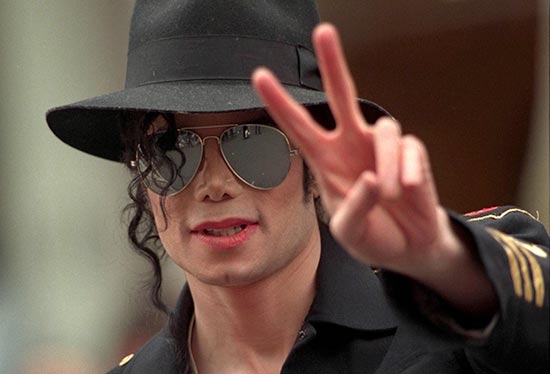 A LOS Angeles man is seeking damages from the estate of Michael Jackson, alleging that the late “King of Pop” sexually abused him as a child during the late 1980s, court documents show.
James Safechuck, 36, said Jackson abused him on about 100 occasions over a four-year period after the two appeared in a Pepsi commercial when he was 10-years-old.
Filings by Safechuck’s attorneys alleged that Jackson, who died in 2009, “brainwashed” the youngster into believing the abuses were “acts of love.”
The documents said Safechuck regularly shared Jackson’s bed during the singer’s “Bad” tour in 1988. Safechuck said the abuse continued until he reached puberty.
A hearing has been scheduled in Los Angeles for September 4 before judge Mitchell Beckloff.
Howard Weitzman, a lawyer for the Jackson estate, said Safechuck’s claims should be dismissed.
“Mr Safechuck’s request to file a late claim against the Jackson Estate so he can recover money from Michael’s beneficiary will hopefully be rejected,” Weitzman said.
“This is a person that made his claim five years after Michael died, more than 20 years after the incidents supposedly happened and has given sworn testimony that Michael never did anything inappropriate to him.”
Last year, a 31-year-old Australian, Wade Robson, launched a similar claim on Jackson’s estate, alleging he was abused by the singer as a child.
Jackson, who died on June 25 2009 after being given an overdose of the anesthetic propofol, faced multiple allegations of child sex abuse during his lifetime.
He was acquitted of abuse at a 2005 trial in California and paid a $15 million court settlement in 1994 over allegations involving another child.Advertisement