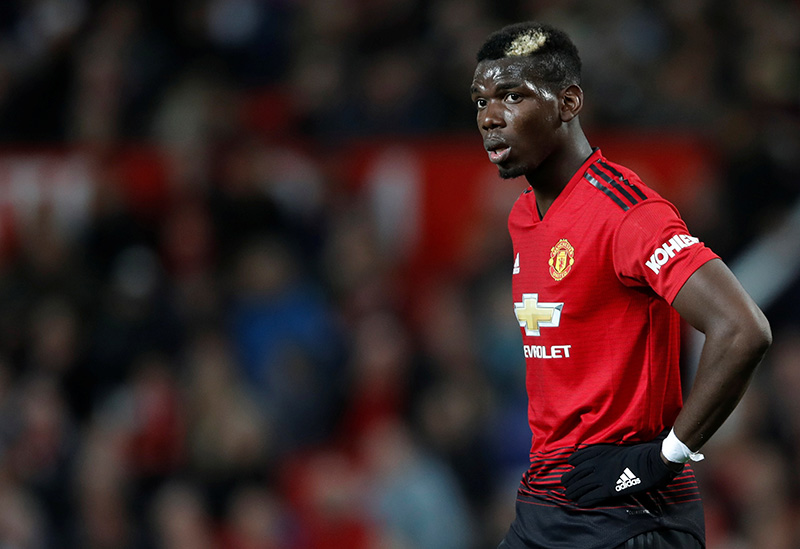 “All of Manchester United are in trouble. Pogba is still the same and is one of the best midfielders in the world,” Deschamps told Italian newspaper Gazzetta Dello Sport of the tensions between Pogba and United boss Jose Mourinho.

“However, I’ll never comment on relationships between players and coaches.”

Pogba has been linked with a return to Juventus, whom he joined for free in 2012 after walking out of United after the club failed to tie him to a new contract.

Deschamps suggested the prospect of Pogba once again quitting United for Juventus was not so far-fetched.

“Dreams are a part of life,” he added. “Maybe the fans hadn’t dreamed of Cristiano Ronaldo, who ended up signing.

“Sometimes dreams come true, but compared to a few years ago it would cost Juve a lot more to buy Pogba now.”

Deschamps managed Juventus in the mid-2000s after the club were demoted from Serie A amid a match-fixing scandal, having played for five years with the club until 1999.

“Today’s Juve is as strong the one with which I won the Champions League in 1996,” said the 49-year-old of the Italian champions’ last European triumph.

“The difference is also down to details. This Juventus has the means to be among the favourites.

“With him, Juventus have guaranteed a player who can be decisive in important moments. He is a great professional,” Deschamps said.

“Serie A is an important league anyway, even if the Premier League is ahead because of the superior financial means.

“The arrival of Ronaldo guarantees greater exposure for the league abroad, a bit like Neymar in Ligue 1.

“Of course people talked about Juventus before, but it’s clear that the marketing effect of a champion like CR7 (Ronaldo) allows you to reach every corner of the globe.”

“That position is already occupied by a great coach like (Massimilano) Allegri, who is doing a great job,” said Deschamps.

“Maybe Zidane, with his Bianconero past like mine, will have his chance. We’ll see.”