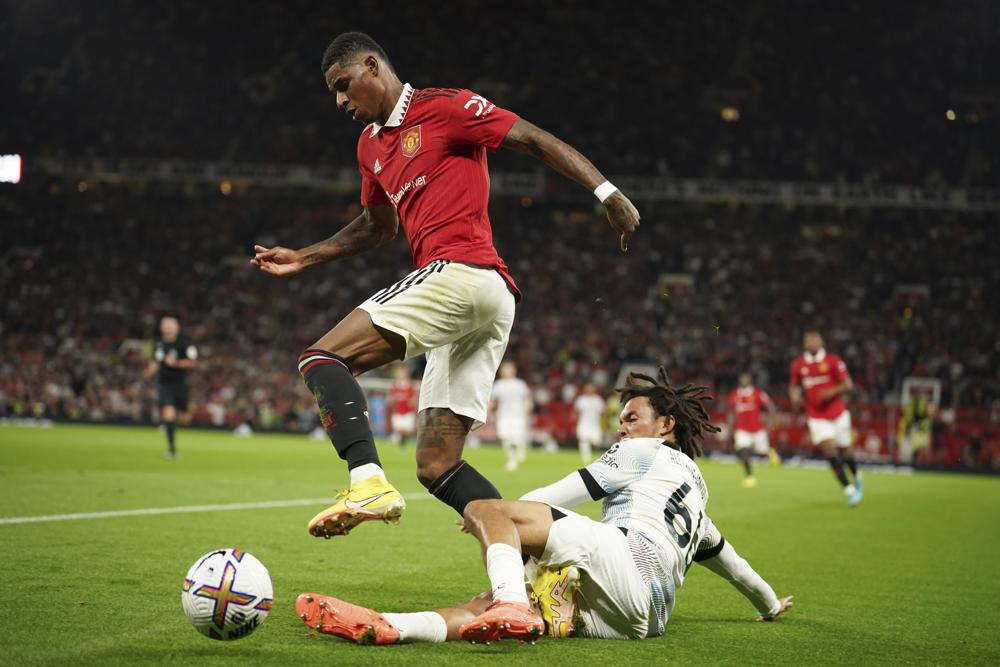 MANCHESTER: Finally, there are signs of life at Manchester United.

Against a backdrop of protests against the club’s ownership, United delivered a performance of intensity and spirit to beat fierce rival Liverpool 2-1 on Monday and claim its first points in the Premier League this season.

Composed finishes by Jadon Sancho in the 16th minute and Marcus Rashford in the 53rd earned a victory at Old Trafford that will bring some respite for under-pressure manager Erik ten Hag, who made a huge statement in his team selection by dropping star striker Cristiano Ronaldo and club captain Harry Maguire and was validated.

“I wanted a different attitude and that is what I saw them bring on the pitch,” said Ten Hag, who has started his tenure at United amid something of a crisis at England’s biggest club. “But it’s only the start.”

Suddenly, the heat is on Liverpool — widely expected to be a title contender again this season — with Jürgen Klopp’s team still waiting for a win after three games and now languishing behind United in the standings on just two points.

Mohamed Salah scored an 81st-minute consolation but it was another below-par display from Liverpool after draws with Fulham and Crystal Palace, even if this was a first league loss in 2022.

“In the warm-up, it was the quietest I have heard this stadium and they wanted something to lift them,” Liverpool defender Andrew Robertson said. “And we gave them it.”

What is historically the biggest game in English soccer was preceded by a pre-match protest by thousands of United fans angry at the direction and state of the club under its owners of 17 years, the Glazer family. 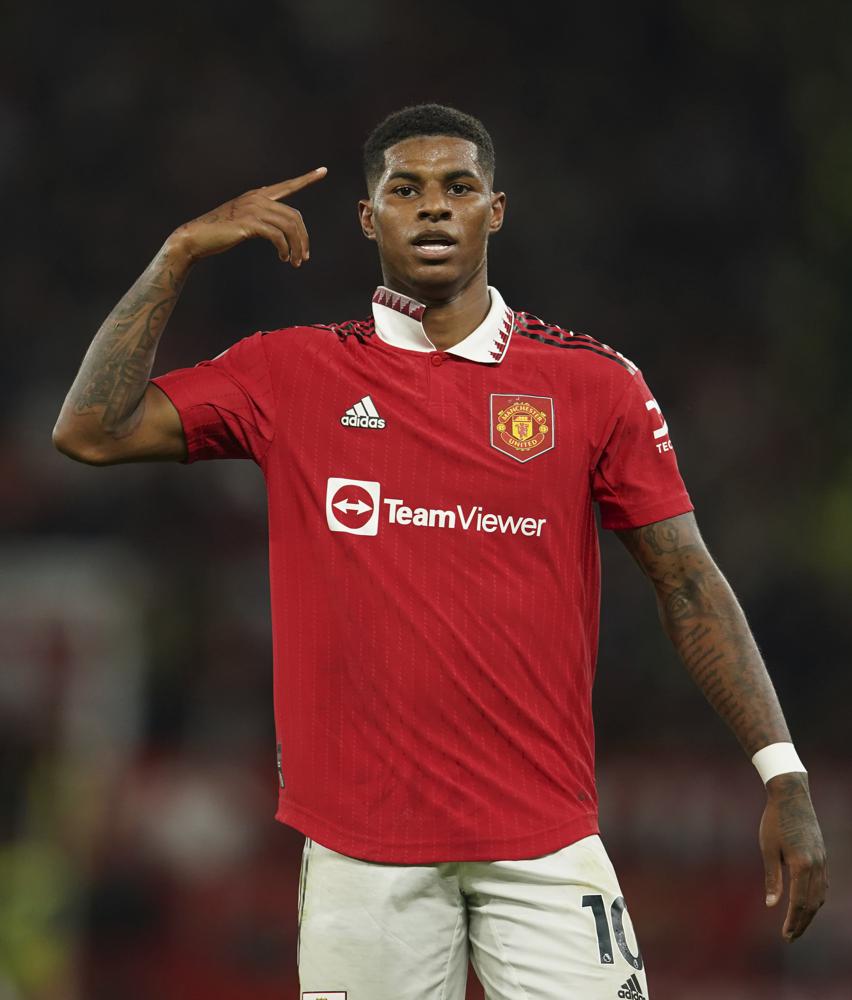 The supporters called for the U.S-based Glazers to sell the club as they walked to Old Trafford then gathered on the concourse outside the storied stadium, in front of a large police presence. Many lingered as the match began.

The pressure was on United after losses to Brighton (2-1) and Brentford (4-0) to open the season, and the players fed off a frenzied atmosphere that seemed to affect Liverpool early on.

“The start of the game was exactly what everyone expected, what United fans expected. They were after us,” Klopp said. “They started slightly more aggressive than us.”

Lisandro Martinez, an offseason signing at centre back who has come under enormous criticism in recent days, was particularly impressive and set the tone by clattering into Salah in the first minute, then barging into the Liverpool forward after getting up off the ground. Later in the first half, Raphael Varane, who replaced Maguire, virtually rugby-tackled Luis Diaz to the ground, to roars of approval from United’s fans even if it earned him a booking.

Sancho’s goal came in United’s best spell of the game, the winger showing great composure to trick James Milner by feigning to shoot, cut back inside and place a shot into the corner as Virgil van Dijk bizarrely stood motionless in front of him. It was the seventh straight Premier League match that Liverpool had fallen behind.

The stadium erupted again when Anthony Martial, a halftime substitute, played through Rashford and the striker sprinted toward the area before placing a calm finish inside the near post.

United had to defend stoutly at times but hung on to end an eight-match winless run against Liverpool and a losing streak of four matches in the league stretching back to the end of last season.

It’s down to United to string a run of similar battling performances together, starting at Southampton next weekend. Ten Hag will have Casemiro, whose $60 million signing from Real Madrid was completed Monday, available for that game and the Brazil midfielder was presented on the field before kickoff.

With more signings potentially arriving before the end of the transfer window, things might be looking up for the record 20-time English champions.

“We just have to produce like today in every single game,” Sancho said.