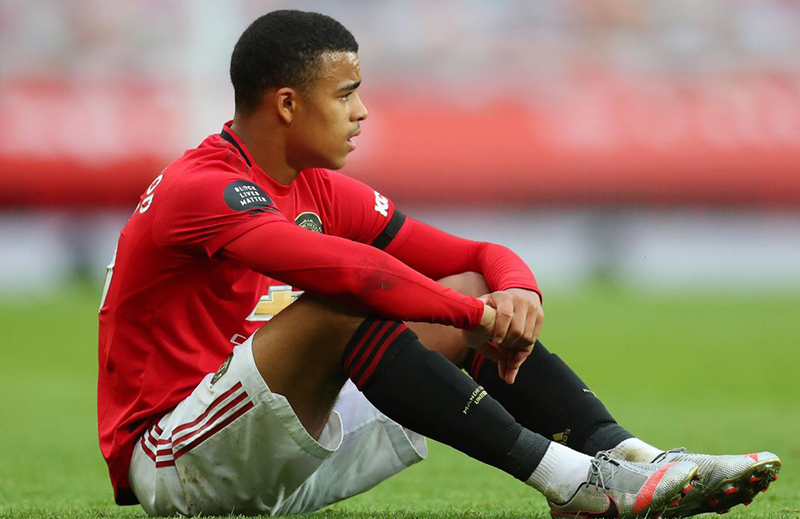 On Sunday morning, the footballer’s girlfriend Harriet Robson uploaded a series of pictures and audio recordings to her Instagram page in which she was shown with bruises and cuts on her body along with the caption: “To everyone who wants to know what Mason Greenwood actually does to me.”

An audio recording – which has since been deleted along with the photos – also appeared to show a man, who Ms Robson refers to as “Mason”, forcing her to have sex against her will.

Greater Manchester Police said it was working to “establish the full circumstances”, while United released a brief statement saying they “do not condone violence of any kind” though would not make further comment until “the facts have been established”.

Later on Sunday, however, United released a second statement this time saying that Greenwood would not be taking part in training or matches.

The statement read: “Mason Greenwood will not return to training or play matches until further notice.”

Greenwood, 20, has not responded to the allegations and shortly after United’s second statement Greater Manchester Police confirmed that the forward had been arrested and is currently in custody.

“An investigation was launched and following enquiries we can confirm a man in his 20s has since been arrested on suspicion of rape and assault. He remains in custody for questioning. Enquiries are ongoing.”

Manchester Police visited the home of Ms Robson on Sunday afternoon after she shared the horrific videos and photos online, with the model giving a statement.

Her father, Alan, told the Daily Mail that she had not wanted the accusations to be made public but was “hacked”, with Ms Robson “devastated” by recent events.

The pair have been dating since attending Mersey School in Greater Manchester together, though did briefly split in 2020.

Greenwood has played 129 times for United, including 24 appearances this season, and has one England cap – though he has not been selected by Gareth Southgate since September 2020 after breaking quarantine guidelines in Iceland along with Phil Foden in order to meet two women in a hotel.