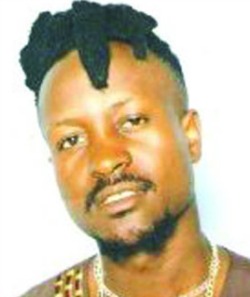 POPULAR musician Bryan Mteki, 40, Thursday dragged his former employee to court for threatening him with unspecified acts.
The accused Lee Mukotosi, 36, who is owed $270 by Mteki, was charged with malicious damage to property as well as threats of future violence.
He was remanded out of custody to Friday.
According to the state, on January 10 this year, Mukotosi went to Mteki’s supermarket in Athlone with the intention to get his money.
Upon arrival, he met one Vengai Zuze who instructed him to wait outside.
Mteki later came out and Mukotosi to come back another day as he had no money.
This angered Mukotosi who purportedly started to act violently and broke the shop’s door.
According to prosecutors, he then threatened Mteki with unprintable words saying they would meet in court.
With the help of his aide, Mteki called the police who arrested Mukotosi.
The property destroyed is worth $60.
Crispen Chikafu appeared for the state.Advertisement