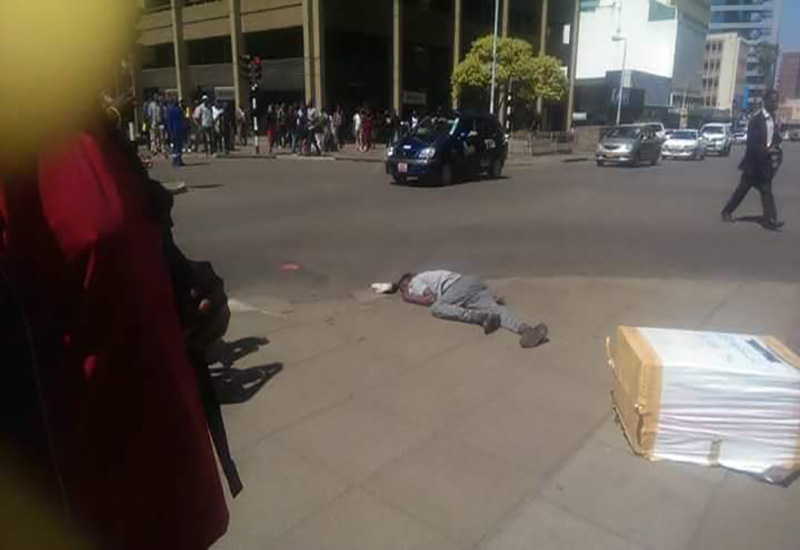 A HARARE man who shot a tout dead over a parking dispute has been granted $100 bail by the High Court.

However, defence lawyer Oliver Marwa said client’s charges had not been altered from murder despite the court finding that he acted in self-defence.

Kobekile was charged with murder at the magistrate’s court after the shooting in broad daylight in central Harare earlier this month.

Eyewitness reports on the day said that Kobekile had refused to pay touts who demanded money when he parked his car in a busy shopping street in the Zimbabwean capital. He insisted he would only pay a licensed car park attendant from the city council.

A fracas ensued – and Kobekile shot the tout in the head at point-blank range.

News of the killing spread like wildlife in an already-tense Harare, where shoppers have been queuing for hours at stores and petrol stations fearing a currency crisis.

There was speculation the killing had a political link, since Kobekile was said to have been wearing a scarf that is now closely linked to the ruling party.

However, the High Court agreed Monday with defence lawyers who argued that their client is the one who could have been killed if had not used his firearm.

Prosecutors have also said that, after the suspect was mobbed by youths on the day in question, he fired warning shots to disperse them, but they did not withdraw.

According to court papers, the now-deceased Gresham Mwakapira started the fight which ended up with him losing his life.

Mwakapira reportedly confronted Kobekile’s sisters who had remained in the latter’s car as he was pursuing some private business within the city centre.

When Kobekile returned to his vehicle, he had a confrontation with the tout over parking space.

“The deceased, who was a rank marshal, then came and confronted the vehicle occupants on why their car had been parked in one of his bays.

“The now deceased became violent, demanding that the vehicle be removed from the bay,” said prosecutors.

Some of the deceased’s colleagues allegedly broke the windows of Kobekile’s car, stuffed some cardboard boxes into the vehicle and set it on fire.

Court heard that the accused tried to escape but the now-deceased and his friends continued to attack him with stones and iron bars.

“The accused then produced his AG Brevet pistol, serial number 330822 and fired three warning shots in the air but the deceased and his colleagues continued attacking him.

“When they arrived at the intersection of First Street and Kwame Nkrumah Avenue, the accused fired and shot the deceased in the head.”